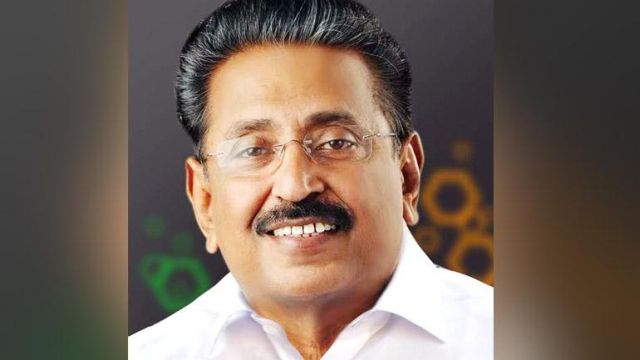 Chennai/Thiruvananthapuram : Congress Working President in Kerala and Lok Sabha member from Wayanad, M.I. Shanavas passed away at a private hospital in Chennai on Wednesday, a party leader said. He was 67.

“The party has lost a stalwart. I have lost a dear brother,” Leader of Opposition in Kerala Assembly Ramesh Chennithala said.

Shanavas, a two time parliament member was ailing for sometime and was admitted at a hospital in the Tamil Nadu capital. He is survived by his wife and two daughters.

“His body will be brought to Kochi today. It will lay in state for the public to pay their last respects and the final rites will take place tomorrow,” said Chennithala.

A long time close aide of former Kerala Chief Minister K. Karunakaran, Shanavas along with Chennithala and former Kerala Speaker late G. Karthikeyan in the 1980s parted ways with Karunakaran and formed their own faction, ‘the reformist’.

Shanavas won the 2009 Lok Sabha polls from Wayanad, which he retained in 2014.

Chief Minister Pinarayi Vijayan and his cabinet colleagues condoled the passing away of Shanavas.