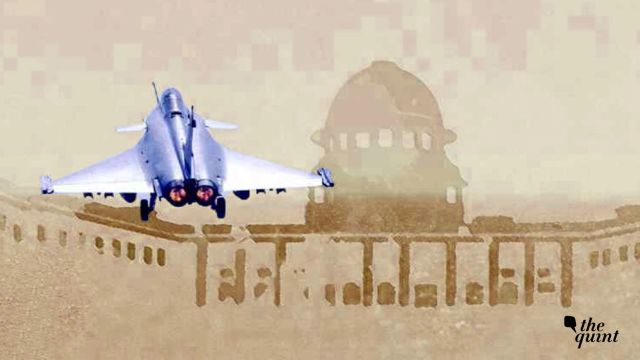 New Delhi : A day after the Supreme Court dismissed petitions seeking a probe into the Rafale deal, the political dogfight over the issue intensified with the Congress accusing the Narendra Modi government of “misleading” the apex court that resulted in “factual bloomers” in the judgment. The opposition party demanded that the Attorney General and the Comptroller and Auditor General (CAG) be summoned by the Public Accounts Committee (PAC) of Parliament in this connection.

The Centre’s ruling BJP, which has been touting the verdict as a “clean chit”, hit back charging the Congress with trying to sabotage the country’s security preparedness by raking up the deal again and again.

The CAG report, relying on which the Supreme Court dismissed the petitions, turned out to be the latest flashpoint over the Modi government’s decision to buy 36 French built fighters.

While the Chief Justice of India Ranjan Gogoi-led bench in the verdict said that the “pricing details have been shared with the CAG, and the report of the CAG has been examined by the Public Accounts Committee (PAC)”, the Congress maintained that “no portion of the CAG report has been placed before Parliament or placed in the public domain”.

Keeping the pot boiling, PAC Chairman and senior Congress leader Mallikarjun Kharge said he will press for summoning the Attorney General and the CAG to ask them when was the public auditor’s report tabled and when did the PAC examine it.

He also asserted that the apex court was neither the right forum to examine the corruption in the deal nor the verdict was a “clean chit” for the BJP-led Centre.

“The Supreme Court is not the appropriate forum because, it cannot examine all the file notings or examine witnesses on oath including Prime Minister Narendra Modi, who needs to be questioned as also defence ministry officials.

“It is childish that the government and the BJP is claiming victory,” Sibal said ridiculing Home Minister Rajnath Singh, Finance Minister Arun Jaitley and Defence Minister Nirmala Sitharaman for their assertions that the verdict was a clean chit to the Modi government and accusing the Congress of jeopardising national security by politicising the defence deal.

“The court said that it cannot go into issues of pricing and matters relating to technical suitability of the jets, so how can the government claim that the deal is clean and there is no corruption. The court nowhere said that,” Sibal said iterating that only a Joint Parliamentary Committee (JPC) probe can unearth the “corruption and crony capitalism” in the deal.

Meanwhile, the Bharatiya Janata Party continued its attack on the Congress saying the grand old party was trying to “sabotage India’s security preparedness by raking up the Rafale deal issue, despite the Supreme Court ruling that there was no need for a probe”.

“This is nothing but sabotage of our security preparedness. We have already said that (Congress President) Rahul Gandhi owes an apology to the nation, to the defence forces and Lok Sabha also,” Union Minister for Information and Broadcasting Prakash Javadekar told the media in Panaji.

“The Supreme Court has clearly exposed the falsehood of Congress and also gave a clean chit to the deal by saying that no further enquiry was needed. Still if the Congress persists with the issue, the only conclusion is that it wants to stop the deal which will weaken the security preparedness of the country,” he added.

The Supreme Court on Friday junked the pleas seeking a court-monitored probe into the alleged financial and procedural “irregularities” in the Rafale deal, but the issue has continued to reverberate both inside and outside parliament.