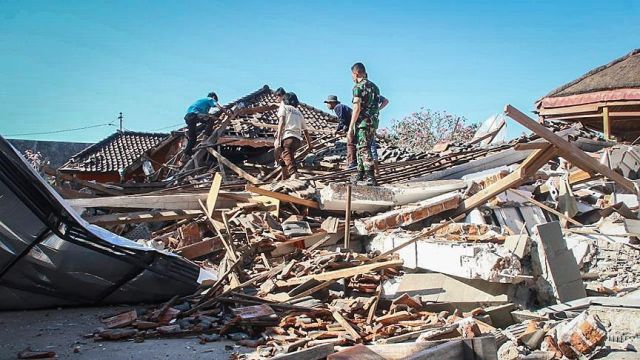 Ankara: The death toll from earthquakes that rocked eastern Indonesia since early August has risen to 563, according to a Social Affairs Ministry official on Saturday.

According to a statement by Harry Hikmat, the ministry’s director general for security, more than 7,000 people were also injured in the eastern island of Lombok.

Two more earthquakes with magnitudes 6.3 and 6.9 hit the island after a magnitude 7.0 earthquake jolted Lombok on Aug. 5.

In the last 20 days, at least 1,000 aftershocks were recorded on the island.

Authorities fear the death toll will rise further as search-and-rescue efforts are ongoing.