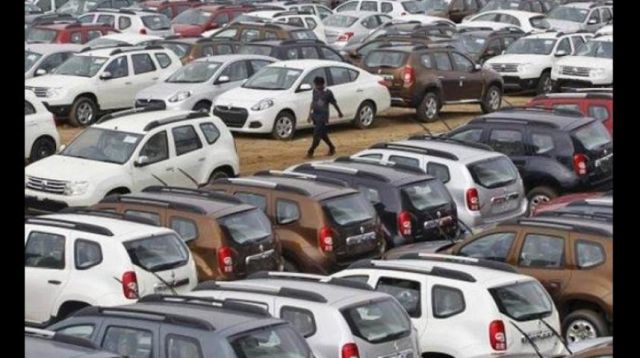 New Delhi : The national capital’s first parking policy, which will restrict free parking in residential and public spaces and will enforce strict fines and criminal proceedings against vehicle owners found in violation of its provisions, has been stuck for more than 10 months, apparently caught in a tussle between the city government and the Lt Governor.

Officials say the file is pending with Delhi Transport Minister Kailash Gahlot even after its draft rules, titled Delhi Maintenance and Management of Parking Rules, 2017, were published in January after a nod from both Delhi Lt. Governor Anil Baijal and the minister.

“The policy is pending with the minister since August. It has to go to the LG for notification,” an official from the Transport Department told IANS on the condition of anonymity.

The minister, the official said, was not sending the file to the LG “because he claims it is not required” in view of Supreme Court’s July 4 verdict stating that the Lt Governor does not have independent decision-making powers and is bound to act on the aid and advice of the Council of Ministers.

Soon after the verdict, Delhi Chief Minister Arvind Kejriwal had announced that the files of the Delhi government “need not be sent to the LG for approval”.

But a Transport Department official said that the officers “cannot issue a gazette notification without the LG’s approval” and if the government does not send the file for LG’s approval, “it can’t be notified” and implemented.

“The parking rules are under the Motor Vehicles Act, 1988, and the competent authority is the LG. So, the LG’s nod is not only important but essential in this case,” the official added.

Despite repeated attempts, IANS could not contact Gahlot. His officials did not call back to comment on the development.

According to the notification, issued on January 29, “the said draft will be taken into consideration by the Delhi Government on or after the expiry of 30 days from the date on which copies of the draft rules, publish in Delhi Gazette, are made available to the public”.

The 30-day time was given for raising objections or suggestions by the public in the rules to the Secretary-cum-Commissioner (Transport).

The policy, when implemented, will restrict free parking in residential and public spaces and the parking charges will be decided by civic agencies in consultation with the RWAs.

According to the draft rules, there will be an Apex Monitoring Committee, headed by the Delhi Chief Secretary, which will determine the Base Parking Fee (BPF). The committee — also including Principal Secretary, Urban Development Department, Transport Commissioner, Principal Secretary, Public Works Department, among others — will meet at least once in three months to ensure and review proper implementation and compliance of the rules.

“No surface parking of duration of more than one hour shall ordinarily be allowed within 500-meter of a multilevel/stack parking. The 500-meter radius of the multi-level facility will be designated as ‘no-parking’ zone for all streets,” the draft rules read, adding that, “in case, some essential on-street parking has to be provided within the 500-meter zone, it will be priced exponentially, at least three times the on-street parking rates”.

The policy will also restrict the construction of parking structures in green areas. It will identify roads and spaces for granting permission for overnight parking of Transport Vehicles.

“The parking of vehicles would be permitted during night hours only, upon payment, provided that such roads and spaces will be away from the residential areas and parking should not hinder the smooth flow of traffic. The civic agencies will manage the parking on these notified roads and spaces in an organised manner,” it reads.

No night-time parking of heavy and medium Transport Vehicles will be allowed except on the notified roads and spaces, according to the draft rules.

Experts believe that this will improve decongestion of the roads in the national capital.

The parking infrastructure to meet the demand of increasing number of private vehicles can be catered only upto a certain limit, according to the draft rule, which also added that several policy approaches were suggested since 2003 by various agencies, however, “a comprehensive policy framework to address this problem could not be evolved”.