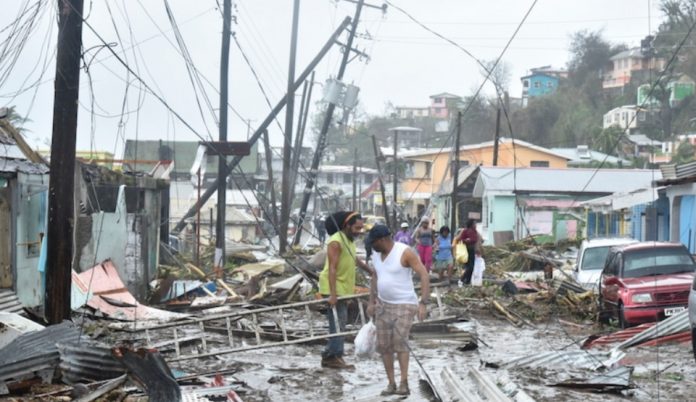 Various reports highlight the fact that Climate Change has been caused by the rich nations and thus poor countries have started demanding compensation for the climate changes, which have adversely impacted them.

The forthcoming COP27, UN climate talks due to be held in Egypt in November, may highlight the compensation system for poorer countries known as “loss and damage”, caused by the Climate Change.

It is a fact, corroborated by various UN and independent reports that Climate Change over the last 25 years particularly has caused costly damages, including drought, rising heat, less or more rains, tropical cyclones and more gradual changes, such as desertification and rising sea levels across the globe.

It has been proven that these changes could be attributed to the presence of greenhouse gases in the atmosphere. The rich industrialised countries are responsible for most of the emissions causing these phenomena.

The poorer countries, as they are unable to take timely corrective measures to mitigate these changes caused by others in the past, face the negative affects of Climate Change first. Thus, the new concept of “Loss and Damages” has started taking roots amongst them.

Under this new concept they are demanding adequate financial help to take corrective measures to mitigate these changes, caused by the richer, industrialised nations, in the past. Now they are redefining it as a matter of liability and compensation, rather than aid after a particular natural disaster.

Loss and damage is also referred to as the “third pillar” of climate change politics, after mitigation (tackling the root cause of the problem by reducing emissions) and adaptation (preparing for current and future impacts).

However, developed countries have pushed back against this since 1990s when the text of the UN Framework Convention on Climate Change was being drawn up, terming it completely implausible.

Meanwhile, a group of island countries had proposed that an international insurance fund be created to compensate low-lying countries for the damage caused by rising sea levels.

The Economist magazine reports that in 2015, at the talks, which culminated in the adoption of the Paris Agreement, developing countries again sought a strong clause on loss and damage financing. But they ended up with only a vague reference to the issue. And concrete action was left for future discussions, thus the Egypt Summit offers a chance again to hammer out a concrete policy and action plan on the issue.

Denmark has recently pledged just over $13m to developing countries that have suffered damage from climate change and more developed countries may follow suit.

Scotland’s first minister, Nicola Sturgeon, at COP26 in Glasgow last November, promised £2m ($2.7m) as a one-off loss and damage payment, apparently hoping that other rich countries might follow suit, however, they did not.

But the pressure for them to do so is increasing. Last month ministers from an alliance known as the “Least Developed Countries Alliance – LDCA” having 46 members, called the creation of a financial mechanism for loss and damage a “fundamental priority” for COP27. At the UNGA last month, secretary-general António Guterres suggested that windfall taxes on fossil fuel companies might provide the funding for one.

But is easier said that done and may not happen at all. There is an utter lack of enthusiasm among the developed countries for such a pay out. Some developing countries are tentatively seeking redress through international law.

On September 22nd the UN Human Rights Committee ordered the Australian government to pay compensation to indigenous people living on the islands of the Torres Strait, which are being eroded by rising seas. Perhaps it is for the first time that such a payment has been ordered. The Australian government seemed sympathetic to the islanders’ plight. But whether it will translate into hard cash – let alone a costly acceptance of liability – remains to be seen. Hence, a global framework for loss and damage still looks like a distant prospect.

Disasters in the developed world
Meanwhile, the developed world is also not safe from the Climate Change vagaries. Natural disasters such as Hurricane Ian, which recently left behind a trail of damages running in billions of dollars, are on the rise in the United States.

Hurricane Ian, which battered parts of Florida and South Carolina, is estimated to be the latest in a growing trend of billion-dollar disasters in the United States.

As compared to between 1980 and 2021, when the average of such events happening was 7.7, the past five years have witnessed an increase to 17.8 of such events per year. Last year marked the seventh consecutive year in which ten or more billion-dollar disasters pummelled the U.S. By July of this year there had already been nine such disasters.

It has been reported that the amount of carbon dioxide in the atmosphere in May 2022, reached a level that has not been seen in millions of years, and that is over 50 percent higher than in the pre-industrial era. The heat trapped by carbon dioxide and other human-produced greenhouse gases has increased the world’s average temperature.

Climate change is “supercharging the increasing frequency and intensity” of weather extremes, according to the U.S. National Oceanic and Atmospheric Administration. It spawns greater rainfall variability, lengthens the wildfire season in the American West, increases drought vulnerability, and drives bigger storm surges as sea levels rise. Given the relentless accumulation of greenhouse gases in the atmosphere, 2022 is likely the harbinger of a more violent weather in future.

To reduce such natural mishaps happening again and again, both developed and developing nations need to adopt practices, which rapidly reduce and remove heat-trapping emissions from the atmosphere to limit warming extremes.

In addition, they’ll have to look towards greener sources of energy instead of fossil fuels, which have contributed to a large extent to green gas emissions.

But at the same time, they’ll also have to adopt and put into practice policies, which mitigate the damages in the poorer countries, instead of just offering one time aid to ease off their burden.

The forthcoming Egypt Summit should strive to find a new feasible approach to counter the Climate Change disasters, instead of just hollow promises and no real ground work, as has happened at previous COP conferences.
***
Asad Mirza is a political commentator based in New Delhi.