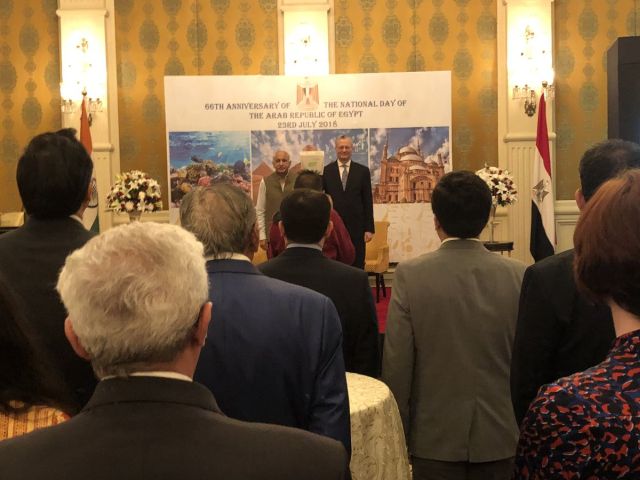 New Delhi: The Bureau of Cultural and Educational Relations – the Embassy of the Arab Republic of Egypt in New Delhi – India held a cultural event during the celebrations held on the occasion of the 66th anniversary of the Egyptian National Day.

The event aimed at the dissemination of Egyptian culture in India and the deepening of the Egyptian-Indian cultural relations. The event included screening of “Nasser 56” film, a release of 1996 directed by Mohamed Fadel and starring Ahmed Zaki, which focuses at important periods during the presidency of Egypt by former President Gamal Abdel-Nasser, especially the nationalization of the Suez Canal.

The event witnessed a great reception from the audience that included the Ambassador of the Arab Republic of Egypt to India, members of the Egyptian Embassy, a number of Ambassadors and diplomats at embassies of foreign countries, as well as several officials in various Indian bodies such as the Indian Council for Cultural Relations (ICCR) – Government of India cultural centers and institutions, universities such as Jawaharlal Nehru University (JNU).

In addition to, a number of Egyptian students and scholars, the Egyptian community in India, besides, Indian citizens.