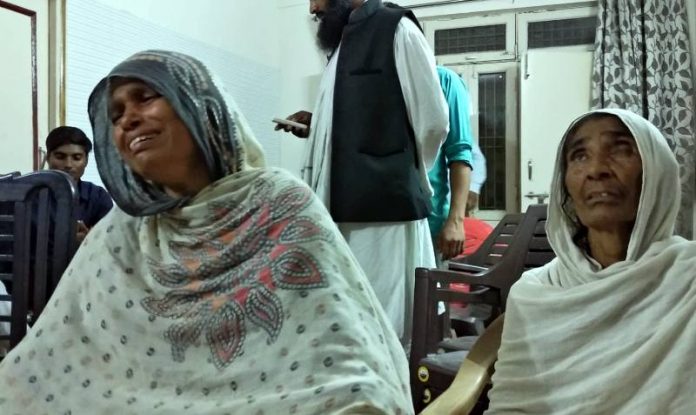 New Delhi: Strong charges and questions are being raised against the role of Uttar Pradesh (U.P) Police in encounter killing of two young men in Aligarh on September 20, 2018. After the families of the two slain persons rebutted the police claims and said it a fake encounter, an eminent human rights group Rihai Manch has raised many questions regarding the authenticity of the encounter.

Naushad and Mustaqeem were killed by U.P Police on September. The police claimed that they were encountered in crossfire. After the shootout, Aligarh SP Atul Kumar Srivastava said, “they had stolen a motorbike and two mobile phones on Wednesday in Kwarsi police station area. Around 6 am on Thursday, they were heading towards Harduaganj when they were intercepted. They started firing, triggering crossfire…..The fire lasted one and half hours. They were injured and taken to the district hospital where they died”.

The police also said that two were accused of murdering six people, including two temple priests in the last couple of months in U.P.

According to media reports, local journalists were called by the police to attend the encounter. They were invited on mobile phone to come to the site if they wanted to “watch and capture real encounter”.

However, on evening of September 20, 2018, the families of the slain persons addressed a press conference in Aligarh and defied the police claims. They said that the two men were picked up by the police on Sunday, four days before their killing. Rafikan, Mustakeem’s grandmother was quoted by the Indian Express as saying: “They (Police) came in around 2:30 pm Sunday and picked up both, along with Mustakeem’s brother Salman, who was arrested Tuesday and my son Naseem, who is mentally ill.”

According to another report on caravandaily.com Naushad’ mother, Shaheen said: “We will file a case against the police for the injustice.” She alleged that the police murdered her son in cold blood.

In another development, the rights group Rihai Munch demanded a high level inquiry into the matter. It appealed to the Supreme Court to take suo motu cognizance of the video of the shootout and order a probe.

In its letter to the Uttar Pradesh Director General of Police, Rihai Munch has raised many points which it said, requires probe. Here are some of the important points raised by the Munch.

• According to reports, media persons received a call from the PRO, SSP Ajay Sinha at 6:36 am in morning. They got another call at 6:59 am and they were taken to the site of the encounter.

• Many questions arise from the footage of the encounter site. For example, SP city Atul Srivastava is firing with other three police personnel while exactly on the same place, five policemen looks talking to each other. It seems to be an exercise or a photo session, not an encounter.

• Is there any provision to invite media persons during a serious operation like encounter? Is there any rule to show this kind of operation to the public through media?

• Police said that the two criminals got wounded in police firing and while being taken to hospital they could tell their name and address. But x-ray report shows that two bullets had entered and exited from their chests. Bullets had ripped apart their hearts and lungs. In this condition, it does not look possible that the victims would give any statement. What looks certial is that they were brought to hospital dead.