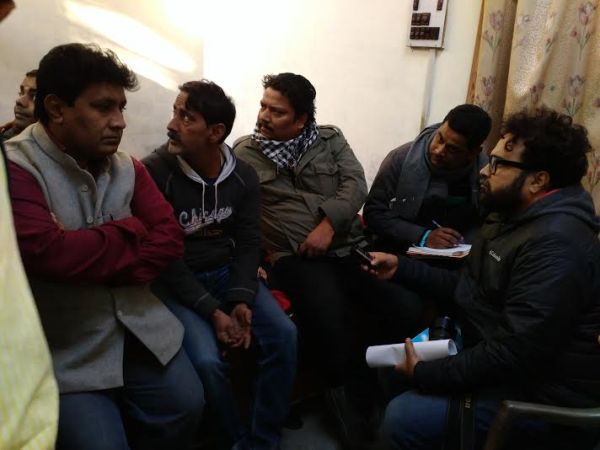 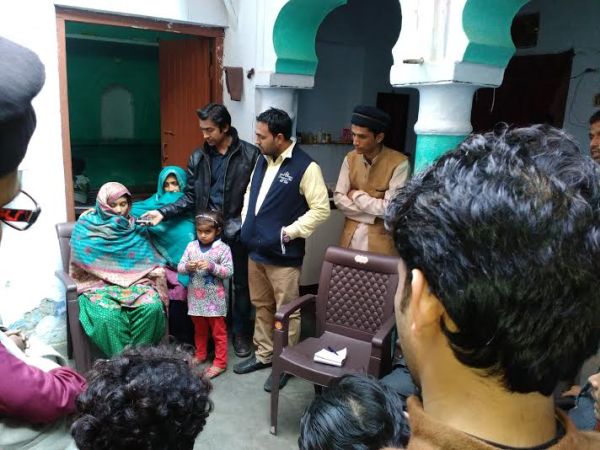 Lucknow / Sambhal: Raising suspicions over the intelligence agencies’ version on arrest of Muslim youths from Sambhal town In Uttar Pradesh, a fact-finding team poses nine questions to Delhi Police Special cell and alleged that security agencies are hatching a plot to defame Sambhal as it did with Azamgarh in the past. It also contested claim of security agencies that many youth were disappeared from Sambhal.

The fact finding team, comprising civil society members, journalists and lawyers, met the family members of Mohammad Asif and Zafar Masood son of Masood-ul-Hasan as well as local social and political leaders on Tuesday to find out truths behind the fresh spate of arrest of Muslim youth in the name of Al-Qaeda and Islamic State (ISIL).

The Fact-Finding team raises the question over Delhi Special cell’s claim that Zafar Masood was Al-Qaeda’s financier’. The team said the police claim is false as the documents posses by Masood’s family clearly shows that he has no connection with Al-Qaeda. An FIR no 493/01 stated that Zafar Masood appeared before Delhi’s Chief Metropolitan Magistrate Kavari Bavejaa on April 4, 2009 and said if his name was cropped up in the case, he was ready to surrender. On April 9, 2009, Delhi Special Cell IO, Satvendar Sangwan told the Court that Zafar Masood s/o Masood-ul- Hassan and Usman s/o Khurshid Hassan had not involved in the case which was registered on September 9, 2001. After hearing the arguments, the Magistrate Bavejaa had ruled on April 8, 2009 that Zafar Masood and Usman have no connection with the case no 493/01.

The team asked that when the Delhi Court had ruled that Zafar Masood had no connection with the case then why the Special cell is implicating Masood again in the same case after arresting him on December 16 and putting him on media trial?

The team also questioned Delhi Special Cell’s motive as it illegally whisked away Zafar Masood from Moradabad where he went to attend a marriage party along with his family. It clearly vindicates that Police want to implicate him again in the 2001’s false case of terror-funding as it failed to prove the charges earlier. 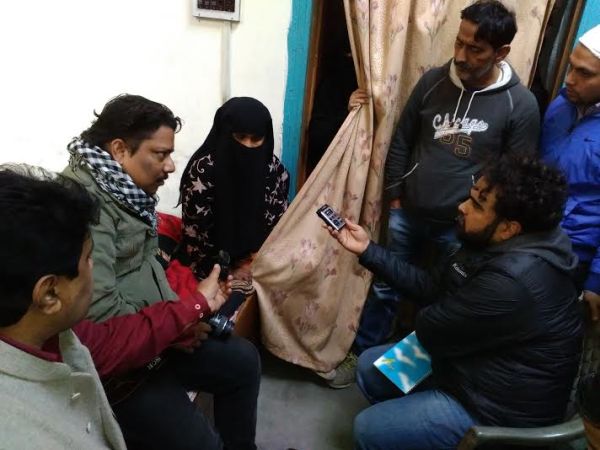 The fact finding team also stated that the story of possessing four passports by Masood in the media is also totally wrong.

According to his family members, Masood made one passport and then renewed it twice in accordance with law. He once lost the passport and reapplied for it. The team questioned why the media and intelligences are trying to dub this legal procedure as a conspiracy?

The team also revealed that another arrested youth Mohammad Asif’s wife Aafia told them that Asif went to Delhi on December 13 and his mobile phone was switched off since then. Afterwards, she came to know through TV news that Asif was arrested by the police. His family members and local people suspect that Asif was whisked away by the police when he stepped out from his home for going to Delhi and he was not arrested from Seelaumpur as claim by Police.

The team also rubbished the police claim that many youths from the mohalla Deepa Sarai in Smabhal were missing and locals have promised to inform the security agencies about the whereabouts missing boys. The team said when we talked to local leaders and activists; they said it is an utter lie spread by the media and police. They alleged that a section of media is spreading white lie about Sambhal and insisted that Zafar Masood and Asif are innocent.