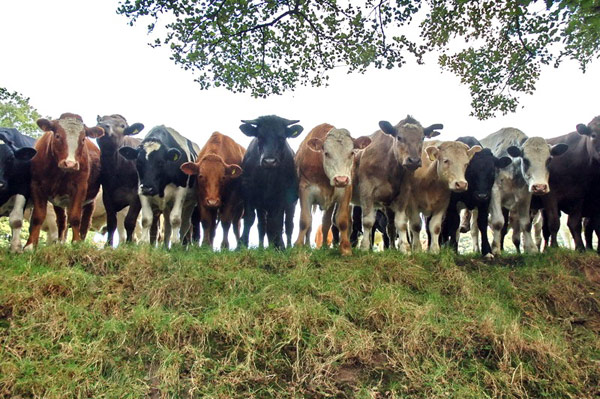 Be it Kashmir or Karnataka, poor governance has been responsible for making a bad situation worse.

Such administrative lapses are true of minor incidents of lawlessness as well like the antics of the “gau rakshaks” or the cow vigilantes, who have been running amok from Mewat in Haryana to Bengaluru in Karnataka.

Similarly, the inept rulers have let down Delhi at a time of dengue and chikungunya outbreaks.

But when the gross inadequacies of a ruling party lead to a major disturbance like the one in Bengaluru, a widespread sense of insecurity assails tourists, investors and ordinary people.

The failure of Karnataka’s Congress government’s in Bengaluru was its inability to assess the threat posed by local anger over the release of the Cauvery waters for Tamil Nadu at the expense of the state’s farming and drinking water requirements.

This inexplicable lapse led to the burning of 40-odd luxury buses with Tamil Nadu number plates in a Bengaluru bus depot.

While the cosmopolitan city, which is India’s pride as an information technology centre, was at the mercy of rampaging mobs for several hours, the police were nowhere to be seen till curfew was imposed as late as 10.30 p.m.

Yet, if the authorities had been alert to the growing tension, especially after an eatery run by a Kannadiga was attacked in Chennai, much of the mayhem could have been avoided and Bengaluru’s reputation partly saved.

All that was needed was to increase the number of police patrolling parties and of stationary pickets before the arson took place and not afterwards.

There is nothing so effective as a show of force to deter the volatile underclass of lumpen elements who are present in nearly all Indian towns, big and small, and who take to the streets at the slightest provocation when they are not involved in thievery or preying on hapless women.

The targeting of Africans and of people from the northeast in Bengaluru not long ago was the handiwork of these unruly groups.

But the Siddaramaiah government did not take cognisance of their potential for mischief till the city was shamed by the television pictures of burning buses.

Cynics have suggested that it looked the other way for several hours so as not to antagonise the Kannadiga activists.

Nor did any government — past or present — pay any attention to a riverine problem that has been simmering for a century.

In the case of both Karnataka and Tamil Nadu, the root of the problem lies in the cultivation of water-guzzling crops like rice and sugarcane, for which the waters of the Cauvery are no longer adequate, especially in a year of scarce rainfall.

The Cauvery has also been “dying” because of the pollution caused by the inflow into it of untreated industrial effluents and of sewage.

Much of the problem could have been solved if, first, the causes of pollution were eradicated and, more importantly, the farmers were persuaded to switch to growing millets, oilseeds, pulses and other crops which do not require much water.

But such initiatives take time and dedication, neither of which is high on the priority list of politicians who are intent on winning the next election; or of bureaucrats preoccupied with advancing their career prospects rather than looking at permanent solutions.

It was the same in Kashmir, where no thought was given to ways of dealing with a “poster boy” of terrorism like Burhan Wani — whether he should be killed or kept cooped up and subsequently smoked out by surrounding him and his followers with a ring of security forces.

Had such alternatives been discussed and decided on, the present unrest in the Kashmir Valley could have been avoided.

But the Indian habit is apparently to avoid tactical and strategic measures. Instead, the preference is for responding to an evolving situation on a case-by-case basis or playing it by the ear, as the phrase goes.

Not surprisingly, the judiciary has become the last resort with the governments washing their hands of difficult situations by depending on the legal system to find a way out.

But the judiciary cannot assuage the public mood with its cut-and-dried formulas like telling the Karnataka government to release 15,000 cusecs of water per day for Tamil Nadu for 10 days, which was later modified to 12,000 cusecs though over a longer period of time.

Nor does its diktats outlawing agitations have any meaning in a democracy. As much is evident from the 12-hour bandh called in Tamil Nadu, a day after the judicial directive, to register the state’s protest against the ill-treatment of Tamils in Karnataka.

Whether it is stopping the gau rakshaks from assaulting suspected beef eaters, or providing adequate healthcare to citizens during an outbreak of mosquito-borne diseases, governance is the key.

What this means is that Indian politicians have to be alive to their responsibilities and liaise with the officials to address a problem swiftly and determinedly before it gets out of hand. Yet, they are generally found to be remiss in the performance of these basic tasks.