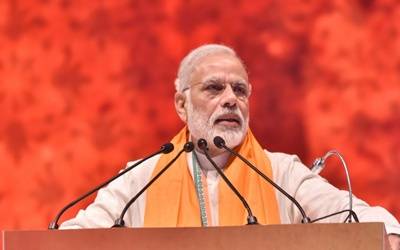 Addressing an election rally in Sher-e-Kashmir Park in Civil Lines area here, Abdullah, who is also the National Conference President, called Modi a “Phiraun (Pharaoh/tyrant in Islamic lore)” and challenged him to hold a public rally in Kashmir while alleging that his policies had always remained against the people of Kashmir.

He also said if the NC had conspired against India, then Kashmir would not have remained a part of the country.

Two days back, Abdullah had alleged Modi was behaving like German dictator Adolf Hitler and his statement on Monday came a day after Modi told an election rally in Jammu and Kashmir’s Kathua that the Abdullahs and the Muftis had destroyed three generations of people in the state.