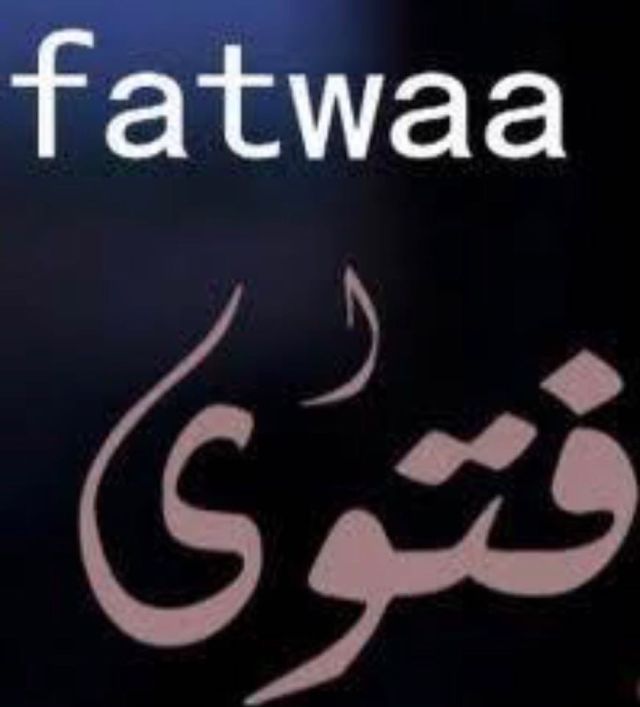 A majority of Muslims celebrate New Year’s Eve like a majority of people in every group. However the orthodoxies in most faiths shun the celebrations. They falsely equate it with alcohol and lewdness and simply cannot think beyond their programmed binary mindset of Haram and Halal.

On the other hand, I urge fellow humans not to judge a people by the acts of a few. If you know 100 people closely, 97 of them would be good people and if you knew only those three, then you tend to be prejudiced, not a good thing for you or anyone.

I urge fellow Muslims to think and act, and hold on to the temptations to react. Muslims can become relevant again by going back to the basics and start thinking and questioning every dished out belief. Doesn’t Quran point out repeatedly to read, to think and to see the signs?

In the next two days many a fatwas will be hitting the market, and a “few” – yes absolutely only a few will take pride in amplifying and multiplying them on the net, as though it is an act of purifying Muslims. By the way sticklers to the traditions are a part of every faith group. No one can cast the first stone.

This essay addresses the issue that has kept Muslims in silos, ghettos, clusters or in a tiny pond. The fatwas are indeed a problem but free speech must be valued over everything, free speech is a God-given right from the day Adam was given a choice. Let people believe in whatever they want, but let them not compel others to fall in line with them. You live your life and let others live theirs. Islam strictly prohibits compulsion of any kind against one’s will.

The word Fatwa is nothing more than an “opinion” in English Language, and here is my opinion about New Year. Muslims should get out and celebrate it with fellow humans.

My knowledge is based on the instructions from Prophet Muhammad (Pbuh), who said that it is the responsibility of every individual to read and understand the book, Quran is the only reliable book he has left as guidance. All other books were invented later, we should no doubt seek wisdom but never put them on par with Quran.

Bad Fatwas are the reason for Muslims to remain on side lines. Many of the Fatwas are a cause of ghettoization of Muslims. Do you recall the fatwa of the mufti of Ottoman Empire declaring it Haram to print Quran after the printing press was invented in 1450? That prevented ordinary Muslims from having direct knowledge of the Quran for 400 years, wasn’t it against Prophet’s instructions? There are many such stupid Fatwas that have been obliterated over the years, and a lot more need to go. Reason should take over. If it is not common sense, then it is not Islam. If it does not add to building cohesive orderly societies, then it is not Islam.

Muslims should celebrate New Year’s Eve. Allah has created all things for the humans to enjoy, he has laid everything for the man between heaven and earth (Quran 55:10 “And the earth has He spread out for all living beings”) and man should be thankful and celebrate the gift of life and gift of sustenance on every possible occasion including New Year. New Year is a mile stone and should be a day of accountability of one’s action in the past year and correct the course for the next year, we should be grateful for this opportunity. Quran 55:13, ”Then which of the favours of your Lord will ye deny?” 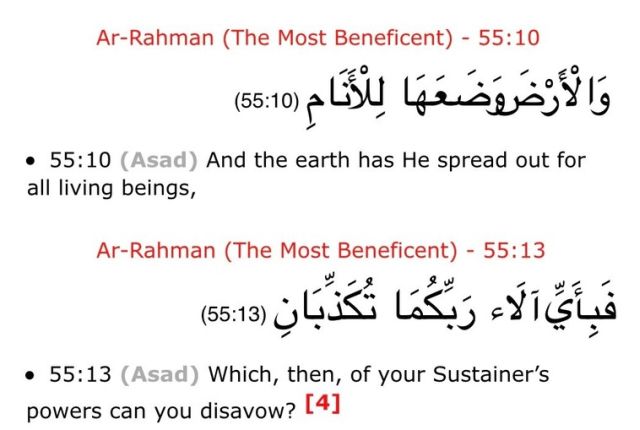 (Please read verses 1 through 16 of chapter 55, Sura Rahman to appreciate the creator and celebrate life.)

God calls himself “Rabbul Aalameen” (creator of universe) and calls the Prophet the Rahmatul Aalameen (source of mercy for universe). Should Muslims restrict themselves or should they be servers of the universe, of all people? Isn’t the role of Muslims to contribute towards peaceful societies and be a part of the society and not apart from it? Shouldn’t Muslims be a mercy to mankind? You cannot do anything if you are not a part of the society.

The reason Muslims have conflicts with fellow Americans is because they don’t mingle, and most of the relationships are shallow. How would anyone know them? How would people get rid of the myths about Muslims if they don’t get to know them closely in different aspects of life? Of course, every faith or political group has something or the other that holds them from being one with others and they all need to work on knowing each other. Indeed that is the case with most immigrants, one of my Hindu friends says she stopped dating a white guy because there was not much to talk with him.

Ok, you don’t want to go to someone’s house for dinner or go to a party because they drink alcohol or eat pork. That should not be a barrier unless your will power is weak or you are incapable of holding yourselves. (Hindus, Jews, Jains, Buddhists, Bahais. Sikhs and all others have one problem or the other like Muslims, we all need to raise above this to build one integrated nation)

Every human will be an angel if there was no opportunity to do wrong, an average human will resist all the temptations that go against his or her will. There is an unverified story that Buddha would sit nude among naked dancing girls and chose not to be tempted or have an erection, such was his will power. If you have a strong faith you can be anywhere and be with anyone and not get blown away with seductions. It is time to test your own faith.

Let me share an example from a few years ago, our group from Memnosyne Foundation went to Mexico to inaugurate the medicine garden that my philanthropist friend Mary Ann Thompson-Frenk had donated to the Mayan Indians to continue to traditions of shamanic healing. We stayed in an all paid resort near Chichen Itza with unlimited drinks and food at our disposal and every one in our group had a ball. Three of us did not drink Alcohol – Mary Ann, Tanaka (a Shinto Priest) and I. I did not make a big deal about it, nor did I stick religion into it. We just did not drink and had a good time knowing our friends. Of course they knew I was a Muslim and respected me for following my path without anything less about others. When we go to the dinner parties, others eat pork and I don’t, it is my choice. I am a part of the society and not apart from it.

Aren’t Muslims supposed to be peacemakers, harmony establishers, goodwill nurturers and contributors to cohesive societies? How do you do that if you don’t mix with people? How do they know that you are a good human being and not what Fox News had portrayed you to be? It behooves for Muslims to celebrate New Year along with friends. It is the right thing to do and that is how we create secure societies. The more we know about each other, the greater the trust would be.

As believers in universal God and universal prophet, shouldn’t their humanity be universal as well? Isn’t what God clearly says in Quran? Whether you are a Jew, Christian, Muslim or whatever, if you are good to fellow beings (His creation) your reward is with Him. Look it up in Quran, this verse is repeated nearly a dozen times in different formats. If the early Muslims had lived aloof, no one beyond Arabia would have known them. This trend to live in silos began in 1969 and we need to reverse it. Caring for his creation is the highest form of worship and you can care only by being with them.

Let Muslims be a part of the whole, let them be with other people, this is an opportunity to build relationships, and opportunity to let fellow Americans know that Muslims are good human beings. The more we integrate the more we become one with fellow humans, bringing a sense of security to each one of the 322 Million of us; the Americans.

Let the New Year be celebratory. Gather up your neighbors who are not going to parties, bring your own food and drinks and get to know each other as fellow Americans who have a common destiny; safety, security, job, home, children, volunteerism, grand children and retirement in peace.

Muslims must celebrate the New Year in a variety of ways within their comfort zone.

How do you plan your next year? Look for the article on Huffington Post. Please check out nearly 175 articles at Huffington post on a variety of subjects.

(Mike Ghouse is committed to building a cohesive America where every American feels secure. Most of his work is at www.CenterforPluralism.com www.WorldMuslimCongress.org, www.InterfaithSpeaker.com and www.MuslimSpeaker.com )