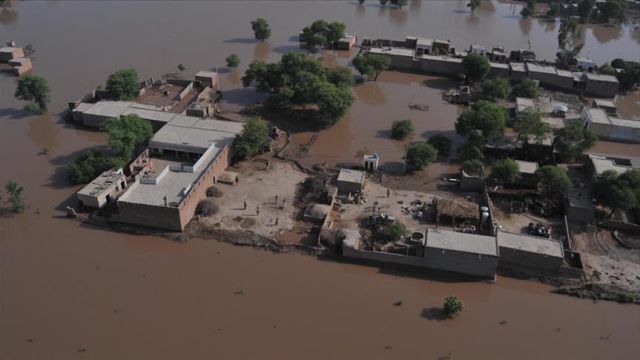 Yangon, Myanmar: At least 11 people have died as several parts of Myanmar have been facing floods and landslides due to heavy rains in recent weeks, authorities said Tuesday.

Monsoon rains have led to floods and landslides in 10 regions of the country, causing damage to 8,000 households and 12,000 acres of farmland, according to the Myanmar Red Cross Society (MRCS).

“Floods and landslides have killed 11 people so far, while about 23,000 people have been temporarily displaced or evacuated,” MRCS secretary general Khin Maung Hla told Anadolu Agency by phone.

“The worst affected area is southeastern Mon state. More than 15,000 people have been sheltered in temporary camps since last week,” he said.

He said landslides caused by floods damaged a famous Buddhist pagoda in the state capital Mawlamyine.

“Mon state is facing the worst flooding in four decades,” he added.

Flooding during the rainy season is common in Myanmar, which the United Nations said is the most vulnerable to the natural disaster in the Southeast Asia region.

The UN’s 2017 Global Climate Risk report stated that Myanmar is one of 20 countries in a “conflict-climate nexus”, a threatening combination of severe environmental vulnerability along with pre-existing social fragility and weak institutions.

The report cited 2008’s Cyclone Nargis as an example of the kind of situation that can emerge from such vulnerabilities.

In May 2008, Cyclone Nargis struck Yangon and the Ayeyarwady delta region, killing nearly 140,000 people and impacting about 2.4 million, according to official figures.