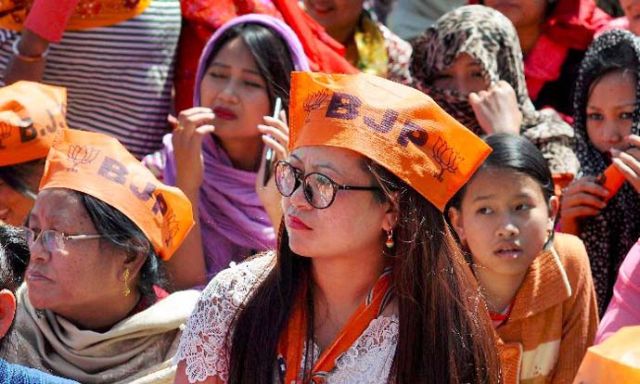 India’s Northeast has drawn attention for security-related concerns for most of the past seven decades and remained peripheral to the rest of India’s development pattern.

The reasons were many, stemming from generic problems within the region, and also because of the security prism through which mainland India viewed the eight northeastern states — Assam, Arunachal Pradesh, Manipur, Meghalaya, Mizoram, Nagaland, Sikkim and Tripura — which share long borders with Bangladesh, Myanmar, China and Bhutan.

The challenge of the geography, perpetuated by the stereotyped politico-strategic narrative, allowed the insular status of the region to continue. Isolated and inaccessible, with limited transport and communication facilities, the per capita index and overall development fell below the national average. Despite that, the northeastern states — known generically as the Northeast — have recorded better human development index indicators in matters of electricity and toilet coverage, literacy, sanitation and gender rights than several mainland states.

It was in the early 1990s that the “Look East” policy of the Indian government introduced for the first time the perspective of development and growth for the Northeast.

Unfortunately, while the erstwhile “Look East” policy opened up significant bilateral cooperation with Southeast Asia and the ASEAN regional group, the Northeast did not feature much in this initiative beyond the rhetoric. It was only with the coining of the “Act East” policy by Prime Minister Narendra Modi-led government that the perspective about this region has undergone some change. The government has positioned the Northeast as the gateway to Southeast Asia and beyond and, through multi-pronged efforts of a sustained engagement, developing physical connectivity and encouraging greater investment flows, has given rise to a distinct upbeat view about the region.

There are several reasons for this: First, the security establishment in India had long dominated the policy perspective for this region and there was no political will to change the course.

Several developments in the neighbourhood finally led to the recognition of the hollowness of the policy of keeping the region insulated — and infrastructurally deficient — to safeguard it and the rest of the country from deeper incursions by an aggressive China. There is now appreciation of the fact that while the India-China border dispute is not going to be resolved soon, physical connectivity and upgradation of defence infrastructure in the border regions is a vital component for India’s preparedness against any aggression.

India, continuing to struggle with the spectre of the threat emanating from China, belatedly understood the criticality of improving its border zones and commissioned a large number of highways and other infrastructure development plans in Arunachal Pradesh, Nagaland and Manipur. Construction of the four-lane highway between Dimapur and Kohima — travelling on it earlier constituted a driving nightmare — is a case in point.

The Modi government is keen to implement its political intent in the northeast. Having formed governments in Assam, Manipur and Arunachal Pradesh, the Bharatiya Janata Party (BJP) hopes to consolidate its hold over the other five states. Winning coming assembly elections in Meghalaya, Nagaland and Tripura, scheduled around April 2018, is considered critical in implementing some of its national and foreign policy promises.

Ensuring the Nagaland peace talks and moving towards a comprehensive agreement seem critical to the BJP’s plan for the region. It seems an opportune moment to co-opt Naga factions that remain outside the peace talks. With the general election in India scheduled for 2019, the conclusion of the decades-long peace talks with the Naga insurgents groups is bound to yield rich dividends for the government and the region itself.

(The author is a strategic analyst with expertise on India’s eastern neighbours and Northeast. The views expressed are personal. The article is in special arrangement with South Asia Monitor)