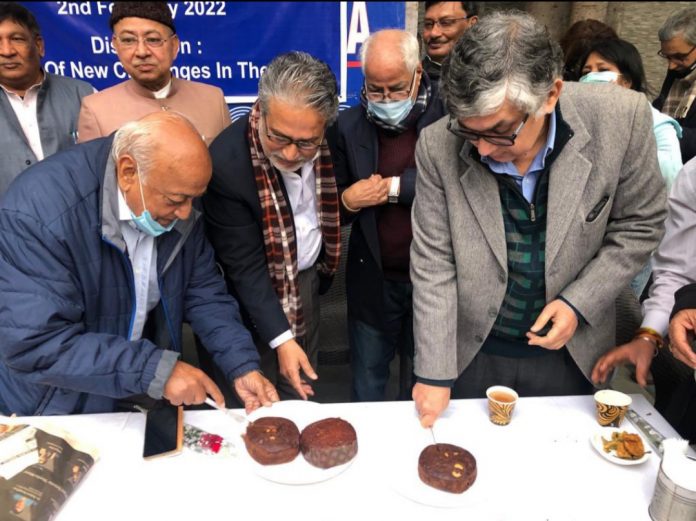 New Delhi:  Prominent senior journalists on Wednesday flagged that the media in India never faced such a serious danger to its survival as it does today.

Speaking at an event to mark the Press Club of India’s 64th  Foundation Day, they claimed attempts are being made to muzzle the voice of free media and to make it subservient to the power of the day and the Indian media never experienced such a situation even during the colonial times.

Press Club of India (PCI) was founded in 1959, with Durga Das, the then-chief editor of the Hindustan Times, as president and D R Mankekar as secretary. The club was inaugurated on February 2, 1959 by the then Home Minister Pandit Govind Vallabh Pant.

Former editor Prem Shankar Jha delved upon the issue at length, and stated that the current government is trying everything it can to silence the press. He urged media professionals to battle the government in order to defend the media’s right to freedom of expression and the country’s future.

PCI President Umakant Lakhera remarked that “liberated zones” were being formed where journalists were not allowed admission, pointing out how the current political dispensation prevents journalists from gathering news.

He cited the government’s restriction on journalists’ access to Parliamentary sessions as an example, despite the PCI and other key journalist organisations’ vehement opposition to the measure. Many government offices and institutions, he said, have prohibited journalists from entering.

According to him, the biggest difficulty facing media professionals today is denying journalists’ access to gather news and information.

“Many locales do not allow accredited photojournalists to execute their professional responsibilities.” He said, “How can a photographer capture images for his organisation if he is not allowed to access the development site?” Currently, the Press Information Bureau has around 7,000 journalists on its roster. He stated, “We will sacrifice everything to safeguard media freedom.”

Lakhera announced to commemorate the club’s foundation day on February 2 every year to keep alive the idea of press freedom in India.

Echoing the same sentiments, PCI Secretary-General Vinay Kumar stressed the importance of media fraternity cooperation in facing today’s issues. PCI, he said, is a sign of journalistic brotherhood that holds us all together.

PCI vice-president Shahid K Abbas explained that the organization’s founders wanted to keep the principle of “Journalism of Courage” alive. But it’s a pity that “journalists are now probing the opposition on subjects they should be challenging the government and ruling party about.”

According to Sabina Inderjit, granddaughter of PCI founding president Durga Das, the media in India has never been under such threat as it is now. She called for unity among journalists of all stripes to safeguard media freedom.

Another ex-president of PCI, Gautam Lahiri, stated that the key task at the moment is to protect the sanctity of PCI, which is under assault, and that PCI has always come forward to defend the media anytime it has been threatened.

He urged journalists to put aside their personal differences and work together to preserve PCI from the government’s attack.

Senior journalist S N Sinha said attacks against PCI were being attempted to stifle press freedom in the country, pointing out that it was the Mecca of journalists.

Referring to the closure of Kashmir Press Club in Srinagar, Sinha warned that it was locked on the pretext of differences between two groups of journalists. “There are also people in Delhi talking of the same differences in PCI and trying to shut it down as well,” he pointed out.

Habib Akhtar, a senior Hindi journalist, pointed out that various media organizations have been following retrenchment policy to down size editorial strength as well as a 40% pay cut for existing employees. “This has resulted in joblessness and a lack of income among journalists.” “However, we are unable to address this situation,” he stated.