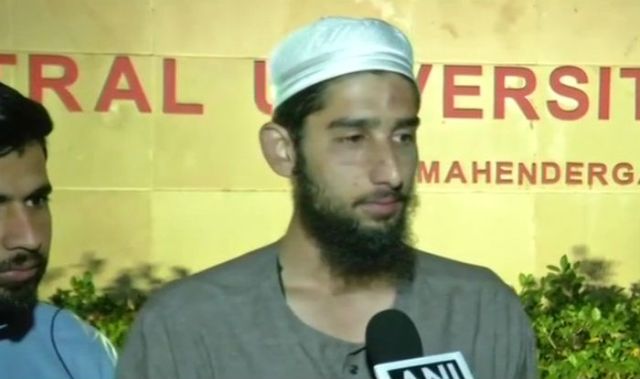 Chandigarh : The Haryana Police on Saturday registered a case against unknown persons following an alleged assault on two Kashmiri students in Mahendergarh a day ago.

The two Kashmiri youth, Aftab Ahmed and Amzad Ali, students of the Central University of Haryana near Mahendergarh town, around 125 km from Delhi, hav been discharged from hospital.

Both were allegedly assaulted by local youth on Friday evening when they had gone to the market.

The case was registered under several sections of the Indian Penal Code for rioting, unlawful assembly, wrongful restraint and voluntarily causing hurt.

A police officer said that investigations were in progress and arrests were likely to be made soon.

The Kashmiri students have alleged that they were assaulted without any provocation.

Jammu and Kashmir Chief Minister Mehbooba Mufti has urged authorities in Haryana to probe the incident and take action.