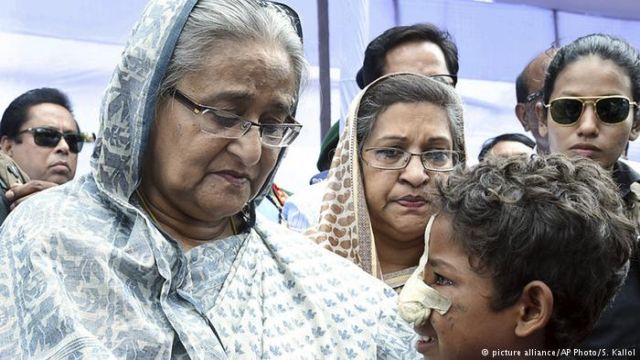 Dhaka : Bangladeshi Prime Minister Sheikh Hasina has sought the help of UN to implement the Bangladesh-Myanmar agreement on the return of hundreds of thousands of Rohingyas displaced from the Rakhine state.

The Bangladeshi leader invited Guterres to Bangladesh to see first-hand the plights of the over one million refugees from Myanmar. Around 700,000 Rohingya Muslims have joined nearly 400,000 refugees in Bangladesh since August 25 when the Myanmar forces launched a crackdown dubbed “ethnic cleansing” by the UN.

Following international pressure and condemnation, the Myanmar government agreed to take back the recently arrived Rohingyas and signed a deal with Bangladesh on the issue earlier this year, but the repatriation has not started yet, the daily said.

Under the “Physical Arrangement” signed by the two sides, Bangladesh would set up five transit camps from which returnees would be taken initially in two reception centres on the Myanmar side, the Bangladeshi Foreign Ministry said.

The UN and international agencies and human rights organisations had expressed concern that the Rohingyas would not be repatriated in a dignified and safe manner.

Bangladesh later said the UN’s refugee agency UNHCR will be involved in the process.

MuslimMirror - July 3, 2022 0
By Syed Ali Mujtaba Nobel Laureate Amartya Sen  says India has entered into a dangerous phase that can best be described as the “Collapse of...