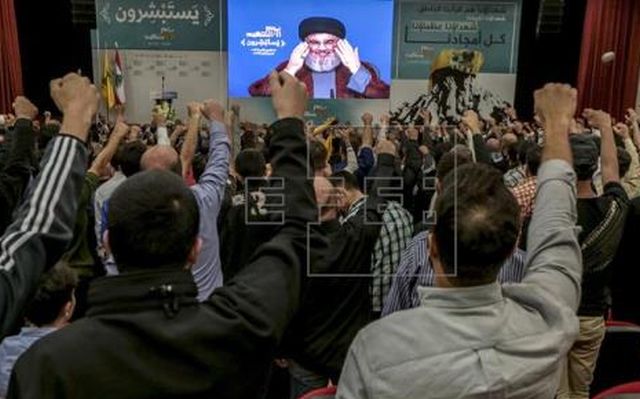 Beirut : The leader of Lebanese Shiite group Hezbollah on Saturday slammed Gulf countries for receiving visits from Israeli leaders, denouncing any normalisation of relations with the Jewish state.

“We condemn any form of normalisation with the Zionist entity,” Hassan Nasrallah said in a televised speech marking the group’s Martyrs’ Day, Efe news reported.

Nasrallah was referring to Israeli Prime Minister Benjamin Netanyahu’s historic visit to Oman on October 25, when he met Sultan Qaboos bin Said in the first official meeting at that level since 1996.

Also last month, Israeli Sports and Culture Minister Miri Regev travelled to the United Arab Emirates (UAE) and became the first Israeli minister to make a state visit to the Grand Mosque, the biggest in the Gulf country, on October 29.

“The current normalisation attempts will … tear off the masks of deceivers and hypocrites,” Nasrallah added.

He also decried the international attention given to the killing of well-known Saudi journalist Jamal Khashoggi, a critic of Riyadh, inside the Saudi consulate in Istanbul, even as “nothing is done” to stop the “daily massacres” in Yemen, where Saudi Arabia leads an Arab coalition fighting Iranian-backed Houthi rebels.