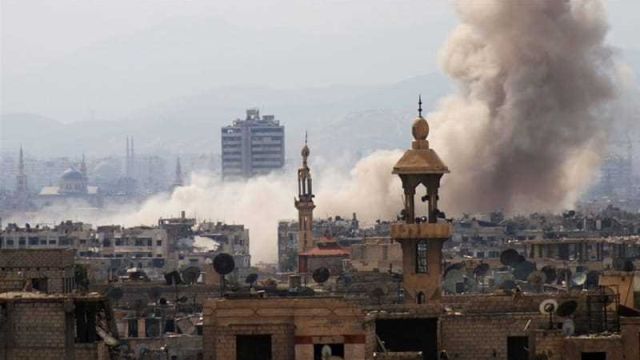 Damascus : Two days after the UN Security Council adopted a resolution for a month-long humanitarian ceasefire in Syria, the Russians have called for a daily “humanitarian pause” to take place in the capital Damascus’ Eastern Ghouta region amid reluctance of the rebels.

The location of the humanitarian corridor is to be announced later. The corridor will be the Wafidin crossing between areas under the rebels’ control in Eastern Ghouta and government-controlled areas.

The announcement comes just a couple of days after the United Nations Security Council adopted on Resolution 2401, which requires all parties in Syria to immediately cease clashes and provide a sustained humanitarian break for at least 30 days.

The UN resolution has excluded terror-designated groups such as the Islamic State (IS) and Nusra Front, as the battles against those groups have continued.

The Russian announcement on Monday didn’t seem to fully resonate with the Islam Army, the major rebel group in Eastern Ghouta, as the head of its political body, Mohammed Alloush, said that the Islam Army doesn’t reject the Russian proposal of ceasefire.