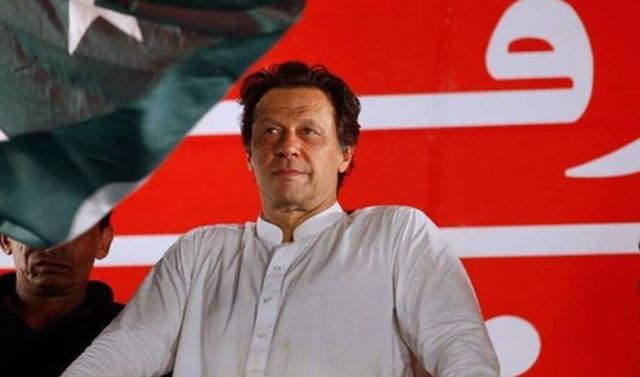 MQM-P convener Khalid Maqbool Siddiqui confirmed the news on a Geo TV programme on Wednesday. “Yes, we have agreed to cooperate with them (the PTI) for the formation of (a coalition) government at the Centre,” he said.

On Thursday, the PTI also sought the support of Balochistan National Party-Mengal (BNP-M).

MQM-P’s Siddiqui added that after a series of past experiences, the party does not want to side with the Pakistan Peoples Party (PPP). “The PPP does not need anyone in Sindh. The MQM-P will sit alongside the PTI on government benches.”

“We have decided to sit on treasury benches instead of the opposition. Sitting with the opposition would have created doubts about our stance and because of this, the MQM-P has arrived at a consensus on this move.”

“We respect everyone’s mandate and want everyone to respect ours,” said the MQM-P convener.

He also said that the MQM-P will not be attending the All Parties’ Conference on Thursday. It will be a meeting of opposition parties led by the Pakistan Muslim League-Nawaz (PML-N) to hold talks on alleged rigging in the July 25 general election.

MQM-P MNA and coordination committee member Aminul Haq said though MQM decided to support Khan for the Prime Minister slot, they were yet to decide if they will take any ministries. The final decision in this regard will be taken in a few days, he added.

After the meeting, Mengal said: “I am thankful to the PTI leadership for extending us an invite to be part of the federal government.” Talking about the demands he put forth, the leader said that “we want missing persons to be recovered as well as implementation of China Pakistan Economic Corridor”.

“If we are given a satisfactory response to our demands then we are ready to support the party,” he said.

Geo News quoted sources as saying that the PTI also invited Mengal for a one-on-one meeting with Khan.

The BNP-M secured three seats in the National Assembly during the polls while the MQM-P won six seats — four in Karachi and two in Hyderabad. The PTI needs support of smaller parties as it is short of numbers to form its government independently.