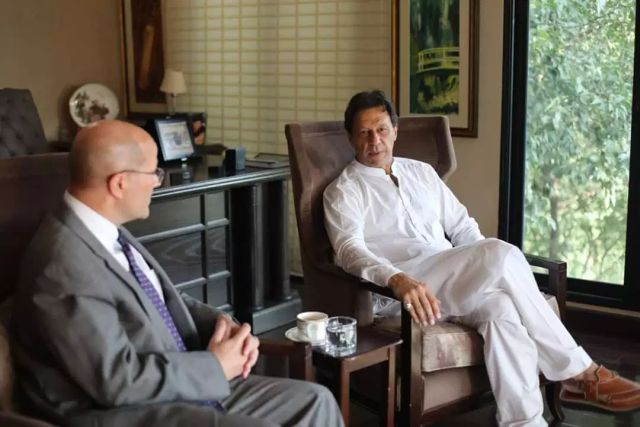 Islamabad : Pakistan Tehreek-e-Insaf (PTI) chairman and Prime Minister in-waiting Imran Khan has said that his party wants to build a relationship with the US based on trust and mutual respect.

Speaking to Acting US Ambassador to Pakistan John F. Hoover who called on him at his Banigala residence on Wednesday, the cricketer-turned-politician said Pakistan and the US had witnessed many ups and downs which were the outcome of trust deficit between the two countries, reports Dawn news.

“Our government will engage with the US to make this relationship more balanced and trustworthy. We count trade and economic relations with the US extremely important,” the PTI chief said.

He stressed the need for revitalisation of diplomatic ties between the two countries and transforming the relationship for each other’s benefit.

According to the PTI’s media cell, the US delegation and Khan discussed other issues of mutual interest, including bilateral trade and stability in Afghanistan.

Hoover felicitated Khan over his party’s victory in the July 25 general election.