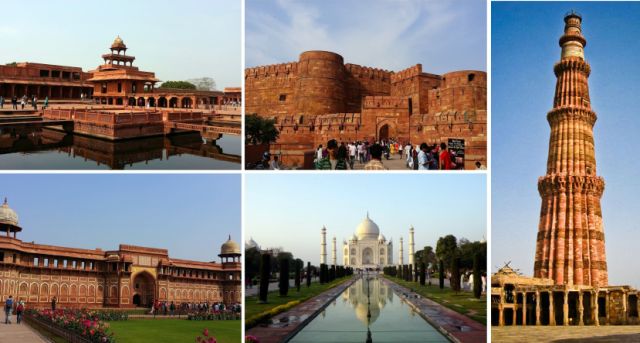 Four out of the five buildings have been built by the Mughal rulers- who are being highly demonised in the current times in India.

These five monuments together earned the government Rs 146.05 crore in 2017-18, whereas total revenue generated by all centrally-protected monuments stands at Rs 271.8 crore.

As per the statistics, Taj Mahal generates revenue in excess of 56 crores followed by Agra fort with 30 crores. Qutub Minar stands at third rank with 23 crores. Fatehpur Sikri and Red fort generate revenue worth 19.04 and 1116.17 crores respectively
Maximum number of people also visit Taj Mahal. A total of 64.58 lakh people visited the Taj Mahal in 2017-18.

Ironically, the UP tourism department had even omitted the Taj Mahal, a UNESCO world heritage site, from a brochure listing the state’s principal attractions.