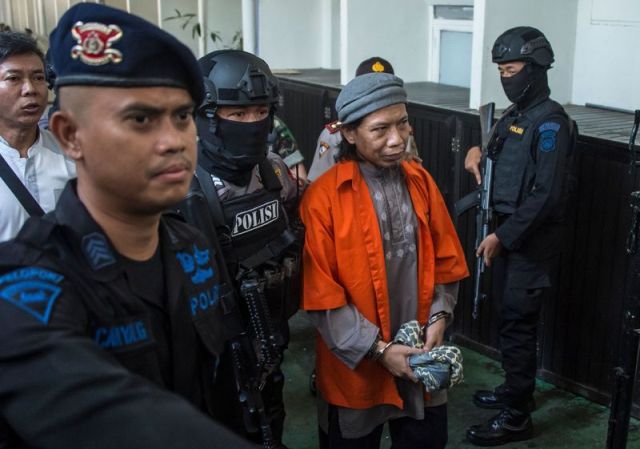 Jakarta : An Indonesian court on Friday sentenced a hardline Muslim cleric to death for his role in a wave of terror attacks that were carried out in 2016 and 2017 killing more than a dozen people.

The prosecution had sought the death penalty for Oman Rochman, who they accused of planning a January 2016 attack — killing four civilians and injuring more than 20 — near a commercial centre in Jakarta, Efe news reported.

The court also found Rochman guilty of inciting other attacks, including the bombing of a bus station in Jakarta in 2017, in which three policemen and two suicide attackers had died, and in a church on Borneo island in 2016 where a two-year-old had died.

The court said that Rochman indoctrinated people by disseminating propaganda literature online as well as through audio sermons.

Rochman is considered one of the founders of the radical group Jamaah Ansharut Daulah (JAD), formed in 2015 by several radical groups linked to the Islamic State terror group.

In May, JAD members attacked several cities in the country leaving 30 dead and 50 wounded.

Rochman who is already serving sentences for several convictions for terrorist activities was guiding the group’s activities from jail, according to the prosecution.

In January 2017, the US Department of State had classified JAD as a global terrorist organisation.

Indonesia, a Muslim-majority country, has been the victim of several terror attacks, including one in 2002 on the tourist island of Bali, which killed 202.