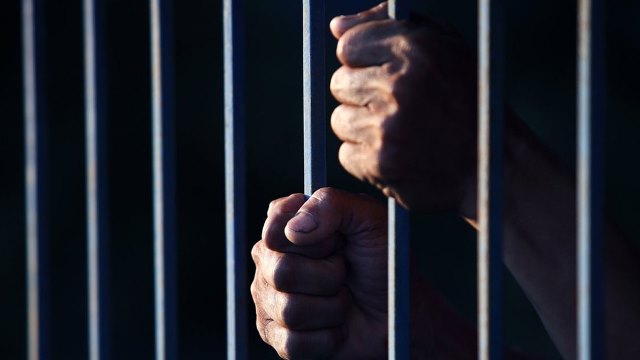 New Delhi : It took more than one decade for two Muslim youths  to get out of trial, terror-tag and torment when they were acquitted of terror charges by a trial court on Thursday.

Irshad Ali and Maurif Qamar, were picked up in December 2005 and kept in “illegal custody” for weeks, after which they were named in a terror conspiracy case. They had been working as informers for the Delhi Police’s Special Cell and Intelligence Bureau till they fell out with their handlers.

Police had claimed that the duo were arrested with arms and ammunition on 9 February 2006 at Mukarba Chowk in Delhi, as soon as they got off a bus from Jammu. However, Delhi High Court has ordered a CBI probe, after Qamar’s brother filed a plea.

The CBI has filed its closure report on 11 November 2008, in which they had concluded that the duo were IB and Special Cell informers and had been falsely implicated.

Indian Express  lists the key events of the legal battle which dragged on for 11 years:

# In 2001, Ali, an auto-rickshaw driver, started working as an informer for the Special Cell and IB.

# December 11, 2005 – Ali had an argument with an IB official who he was working for. Ali was reportedly being coerced to join a militant camp in J&K, but he refused.

# December 12, 2005 – The IB official called Ali to Dhaula Kuan, after which he was “abducted” by Special Cell and IB officials.

# December 22, 2005 – Qamar, alias Nawab, was called to a place near Kashmere Gate, Delhi, from where he was blindfolded and taken away by Special Cell and IB officials.

# February 9, 2006 – Bhajanpura Police Station SHO got a notice published in a daily seeking the public’s help to trace Qamar.

# February 25, 2006 – Qamar’s brother, Kashif Ali, filed a petition before the Delhi High Court seeking transfer of the case to CBI.

#  April 4, 2006 – The Delhi Police filed its Status Report before the High Court, repeating its earlier story but again concealing that the duo had been working for them and IB.

# May 6, 2006 – While the case was pending in the high court, the Special Cell filed its chargesheet before the trial court.

# May 9, 2006 – The high court expressed “suspicion” about the Special Cell’s investigation. Saying “it is a fit case for an inquiry by some independent agency”, it directed the CBI to conduct a preliminary inquiry.

# July 4, 2007 – Taking note of the CBI’s first preliminary report where they had put a question mark on the Special Cell story, High Court directed them (CBI) to conduct “indepth investigation” into the case.

# October 24, 2007 – HC showed its dissatisfaction on the delay in CBI investigation, giving it four weeks to complete the probe.

# November 11, 2008 – After conducting a detailed investigation, the CBI filed its closure report. They concluded that a false case has been registered against Irshad Ali and Maurif Qamar, who had been working as informers for Special Cell and IB officials. They produced call detail records of the mobile phones of Irshad to corroborate their findings. They recommended discharge of the two accused and action against the erring officers. The report prepared by Investigating Officer, CBI Inspector Santosh Kumar and was submitted by Superintendent of Police CBI, RS Punia in the court. The report rubbished Special Cell arrest story saying Irshad and Maurif had been wrongfully detained. “…investigation conducted by the CBI has established that Maurif Qamar and Irshad Ali were picked up on December 22 and December 13 respectively and kept in illegal detention till Feberuary 9, 2006 (the day the Special Cell claimed to have arrested them)… the recovery of contraband (arms and ammunition) from them is false, evidence has been fabricated to implicate them,” the report said. The report also revealed that two Special cell officers had admitted before CBI that the duo were working for them. The CBI also established that Irshad was in close contact with three IB officials and several Special Cell officials and requested the Court to “initiate legal action” against three Special Cell officers.

# December 15, 2008 – Sub Inspector Vinay Tyagi of the Special Cell threatened the CBI’s Investoigating Officer (for the case) in the premises of Tis Hazari Court, Delhi. The CBI officee, Inspector Santosh Kumar approached the Court regarding the threat from SI Tyagi, requesting the Court “to pass suitable orders” because “it involved his safety and security and administration of justice in fair manner”.

# December 24, 2008 – Irshad moved an application before the Trial Court seeking discharge on the basis of CBI’s closure report.

# January 13, 2009 – CBI gave its no objection certificate to the discharge application of Irshad.

# January 31, 2009 – Special Cell of Delhi Police opposed the discharge application.
# February 13, 2009 – The Trial Court said that the report filed by CBI is contrary to law, and that the veracity of the two reports filed by two different agencies required a thorough trial. It also dismissed the CBI disclosure report as well as the discharge application.
# February 25, 2009 – Irshad approached High Court against the dismissal of his discharge application.
# July 1, 2009 – High Court said that as the case involves national security, requested Attorney General of India to give his view on the issue.
# July 17, 2009 – Attorney General appeared and said that the Trial Court order (of Feb 13, 1009) is wrong and “it is entirely in error to its approach towards what the CBI did”. He also opined that the State Public prosecutor has no role in the matter after the case was transferred to CBI.

# August 28, 2009 – The High Court set aside the Trial Court order (of dismissing the discharge application) and returned the matter back to the Trial Court. It said that once the investigation has been transferred from Special Cell to CBI, the investigating agency would be CBI and not Special Cell. While setting aside the Trial Court order to dismiss Irshad’s discharge application, HC asked the Trial court to hear the parties on the basis of the CBI closure report…. “In case he (Additional Sessions Judge) accepts the report, then the matter may come to an end, subject to his orders, if any, against the erring officers. However, if he feels that despite the closure report filed by CBI, it is a fit case for proceeding further against (the two), he may pass appropriate orders uninfluenced by what the court had said. The only rider would be that while passing the orders the ASJ would not be influenced by the report of the Special cell,” HC observed.
# November 19, 2009 – Special Cell officer Vinay Tyagi goes to SC against the HC order.

# December 13, 2012 – The SC gave Trial Court three options: “firstly, it may accept the application of accused for discharge. Secondly, it may direct that the trial may proceed further in accordance with law and thirdly, if it is dissatisfied on any important aspect of investigation already conducted and in its considered opinion, it is just, proper and necessary in the interest of justice to direct ‘further investigation’, it may do so”.

# April 21, 2014 – The Trial Court kept the CBI Report in abeyance and directed to conduct trial only on the basis of Special Cell Report.

# May 20, 2014 – The two accused approached HC which set-aside the Trial Court order, asking it to comply with SC judgement on the case.

# June 4, 2014 -The Trial Court again passed an order rejecting the CBI report and directing trial on the basis of the Special Cell chargesheet.

And finally the Trial Court pronounced that the two have been acquitted.

Mere acquittals does not end the torments for them. A recently released report by people’s tribunal report on acquitted innocents, prepared by former Chief Justice of Delhi High Court Justice AP Shah, found that mere acquittals after years of incarceration are not enough.

As the apex court observed, it is the duty of the state to apply the “healing balm”. There must be some recompense for the years lost and lives devastated. As we have shown, this is not a fantastical demand, but grounded in sound public law, which the courts have themselves elaborated over the years–

-The report by people’s tribunal on acquitted innocents

Alongside compensation that the state must offer in recognition of its liability and victim’s rights, those guilty of falsely framing innocents in terror cases must suffer penal consequences.

That this was a result of callous and malafide action on the part of those whose duty it is to uphold law was even more frustrating. While wrongful arrests imply that the actual perpetrators of the terror attacks are free to continue their operations and increase insecurity for society as a whole, continuous targeting of a community will also fuel a sense of injustice, the tribunal says.

Those who had been wrongly convicted should be entitled to compensation from the state. Those who are responsible for subverting the rule of law – police, prosecutors etc. – must be held accountable

However, the officials who fabricate terror charges against innocent youths roam around freely without facing any legal actions.