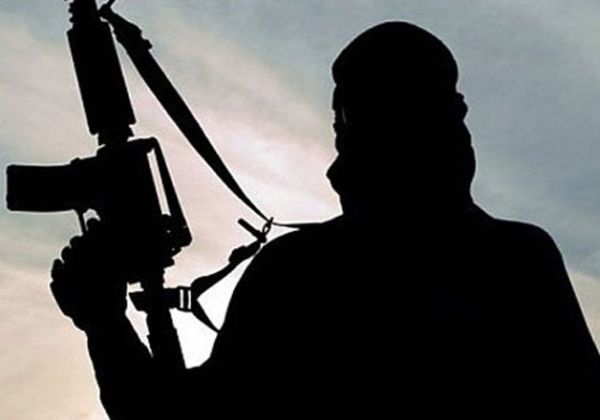 The tie-up is to carry out terrorist attacks across India, the sources told IANS on condition of anonymity.

Over the last eight months, intelligence officials had intercepted several Voice Over Internet Protocol (VoIP) calls of cross border discussion between ISI agents and their contacts in terror modules in Jammu and Kashmir, Punjab and Uttar Pradesh.

Sources said the Saturday fidayeen attack at the frontline Indian Air Force (IAF) base in Pathankot in northern Punjab could have been carried out JeM militants who were being backed by ISI for several months.

“We are not very sure if the intercepted calls were to JeM militants, but the possibility is high,” the sources said.

“After LeT (Lashkar-e-Taiba) and SIMI (Students Islamic Movement of India), the ISI is now reported to be backing JeM for its revival in Kashmir and other Indian cities. ISI’s motive is to establish large number of terror outfit modules of different militant groups in several parts of the country,” the official said.

Maulana Masood Azhar formed Jaish-e-Mohammed in March 2000, shortly after his release from prison in December 1999, in exchange for passengers of the hijacked Indian Airlines flight IC 814 which was taken to Kandahar, in Afghanistan.

Sources said the group, in coordination with LeT, was implicated in the 2001 attack on Indian Parliament in New Delhi. In December 2002, four JeM members were caught by Indian authorities and put on trial. All four were found guilty. One of the accused, Afzal Guru, was sentenced to death for his role in the attack.

The group was formed after a split within Harkat-ul-Mujahideen (HUM), another militant group. A majority of HUM members joined JeM.

IANS in its December 30 report last year had detailed LeT plans on a new year attack which included Punjab as a prime target. The attack, it was said, would be carried out to avenge the death of Abu Qasim, a senior commander of LeT who was killed in an encounter with security forces. Qasim had carried out an attack on a BSF convoy in August in Udhampur, Punjab.

Intelligence officials had told the agency that the alert was based on the busting of a pan-Indian ISI-backed spying ring unearthed by Delhi Police’s Crime Branch wing in November-December last year.

Ranjith was sent for police remand while the other five alleged ISI moles are already in 14-day judicial custody.

Sources said that Ranjith is being questioned by the intelligence agencies and Delhi Police sleuths over the Pathankot terror attack. At least five terrorists were killed by commandos following the attack, police said.

Ranjith, who was sacked from the IAF after his link with ISI was established, was later arrested from Bathinda Air Force Station in Punjab on December 28.

He had allegedly shared information on some recent IAF exercises, movement of aircraft and deployment of various air force units with a woman, who spoke with a British accent, during a VoIP call that was intercepted by military intelligence and IAF’s liaisonig unit.

“Ranjith was fooled by a fictitious Facebook account in the name of Damini McNaught who pretended to work as an executive with a British magazine that wanted some Indian Air Force information for its next issue,” Joint Commissioner of Police (Crime Branch) Ravindra Yadav had said earlier.

Intelligence officials are also in touch with the Kolkata special task force (STF), which has also arrested some alleged ISI operatives from the city since November 14. The task force had arrested Akhtar Khan, his brother Zafar Khan, Irshad Ansari, Asfaq Ansari and Mohammad Jahangir for providing secret information to ISI, the sources said.

(Rajnish Singh can be contacted at rajnish.s@ians.in)—IANS