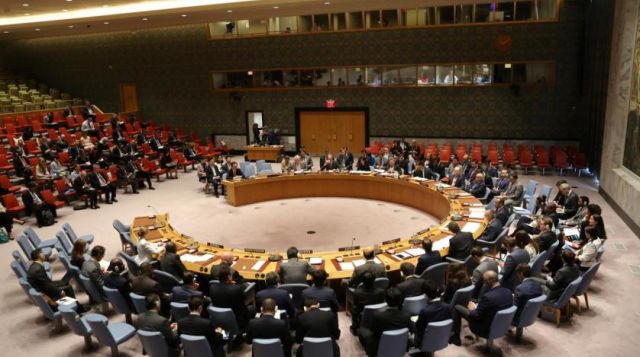 United Nations : Israel has withdrawn from the election for a two-year term on the Security Council that pitted it against Germany and Belgium.

Israel’s UN Mission announced the decision shortly before a debate between the three candidates was due to start at the UN on Friday afternoon.

“After consulting with our partners, including our good friends, the State of Israel has decided to postpone its candidacy for a seat on the Security Council,” the mission said.

The non-permanent seats in the Council are distributed regionally and Israel, which is in the Western European and Other Group (WEOG), had planned to contest one of the group’s two seats for the 2019-2020 term.

The failure to run unopposed for the WEOG seat is a diplomatic setback for Israel, which has never had a seat the Council, and, according to the US ambassador to Germany, Richard Grenell, a broken promise by West European countries.

He asserted in a tweet in March that Washington, which had brokered a deal for Israel to run unopposed for one of the WEOG seats, must ensure that the European nations kept their word.

Grenell said that the late Richard Holbrooke, a former assistant secretary of state, had arranged the deal..

Although Middle Eastern nations are in the Asia-Pacific Group, Israel has faced opposition from some members of the group and was taken in by the WEOG.

Israel has never held a Council seat and would have been difficult for Israel to win against those to European nations, but it would have won by default if it was unopposed in the group.

There is one vacancy for the Asia-Pacific Group for 2019-2020 term and Indonesia and Maldives are contesting it.

They will participate in a candidates’ debate for the region organised by the World Federation of United Nations Associations on May 14.

The elections are scheduled for June 8.

US urges Israeli, Palestinian leaders to work to end ‘cycle of violence’