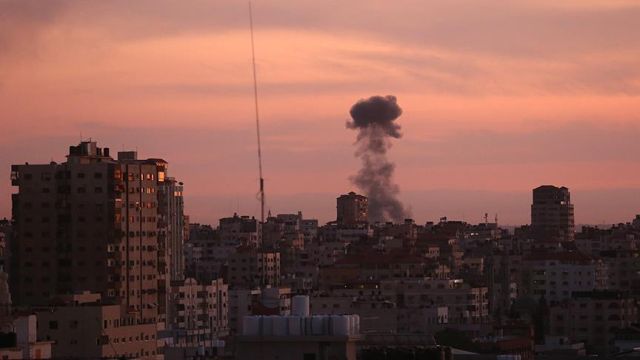 The aircraft targeted Deir al-Balah district south of Gaza City, where a military position of the Ezzedine al-Qassam Brigades was located, according to a security source who asked not to be named due to restrictions on speaking to the media.

No casualties were reported in the attacks.

Meanwhile, the Israeli army said in a statement that its jets targeted six military positions belonging to Hamas in response to “an infiltration attempt” earlier Friday.