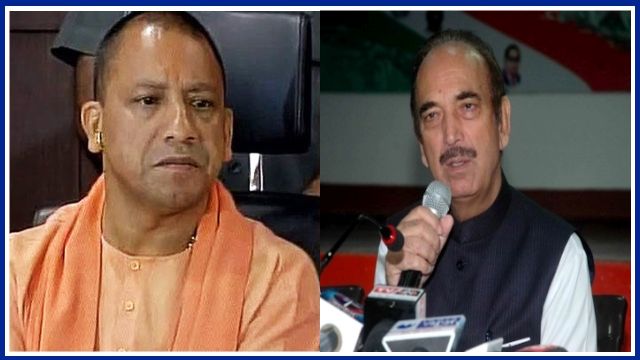 New Delhi : Expressing alarm over the rising crime chart in Bharatiya Janata Party (BJP)-ruled Uttar Pradesh, the Congress on Friday claimed there is “jungle raj” in the state in the absence of any governance or law and order.

Flaying Chief Minister Yogi Adityanath and his administration over the killing of police Inspector Subodh Kumar Singh during a mob violence in Bulandshahar earlier this month, Azad said goons and criminals enjoy political patronage in the BJP regime.

“The real goons are escaping the hands of the law and the innocent persons are facing police encounters and arrests for their affiliation to opposition parties,” added Azad.

Congress spokesperson P.L. Punia said the police in the northern state were afraid of taking on criminals.

“Wherever the BJP is in power, whenever people related to BJP/RSS are involved in a crime, no action is taken against them and the government makes efforts to protect them at any cost.

“Incidents of rape are taking place every other day in Uttar Pradesh, but the Yogi government is helpless to take any action against these criminals. Police do not have the courage to point a finger at these criminals,” he added.