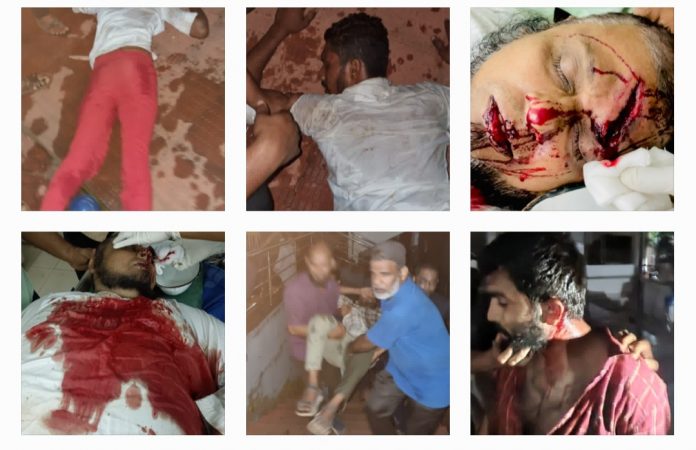 Dakshina Kannada (Karnataka) After more than 12 hours of protest outside the Uppinangady Police Station, members of the Popular Front of India (PFI) and locals were lathicharged by the Dakshina Kannada District Police.

Several PFI members were injured,  some reported to be very serious.

Three policemen including one sub inspector was also injured.

The cops resorted to lathicharge the crowd who had gheraoed the Uppinangady police station, demanding the release of three PFI members who had been detained by the police. 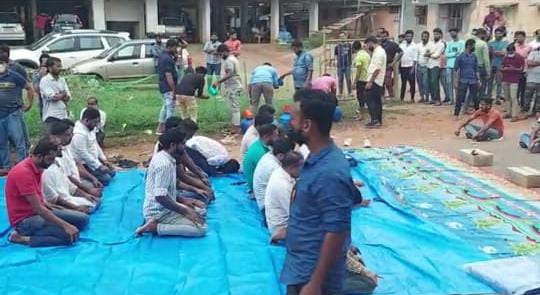 Police had summoned three leaders of PFI ,Uppinangady area President Abdul Hameed Majestic and members Zakaria and Mustafa for questioning in connection with a recent case of assault to murder which happened on 6th December.

The mob had been protesting at the police station since 10AM and refused to disperse despite efforts by the local police.

At about 9:30PM, the police had to resort to lathi charge to disperse the mob. At least 10 protesters were seriously injured in the  police assault. A sub inspector of police was also injured.

Police brutally assault #PFI members in Dakshin Kannada District, Karnataka. PFI activists and locals were demanding the release of three PFI members who had been detained by the police. pic.twitter.com/T52MmfVqNp

Section 144 has been imposed in Uppinangady Town.

Hameed Majestic was let off with few conditions whereas Zakaria and Mustafa have been sent to Judicial custody.