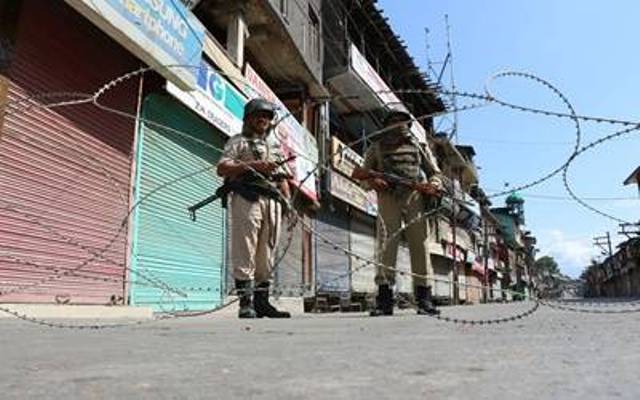 “No curfew or restrictions have been imposed anywhere today (Wednesday),” a senior police official said here.

“Adequate deployment of security forces have been made to maintain law and order across the valley.”

Main markets, public transport and other businesses remain closed in the valley for 103rd consecutive day.

The unprecedented 103-day-long closure of educational institutions has hit hard the students who have not been able to attend classes in schools, colleges and universities in the last more than three months.

Jammu and Kashmir Chief Minister Mehbooba Mufti and her cabinet colleague and Education Minister Naeem Akhtar have said that exams for class 10th and 12th will be held in November.

The Chief Minister, however, said the state board of school education has been asked to work out “relaxation” for students while setting question papers.

She has asked the board to ensure the examinees are asked to reply questions pertaining only to that part of the syllabus which has been taught in the schools till the end of June this year.

Students have been protesting against holding of exams in November and want them to be postponed till March next year.

There is a growing feeling in the valley that both the government as well as the separatists must stop doing politics in the name of education and all efforts should be made to secure the future of the valley’s children.

At least 91 people, majority of them youths, have been killed and over 12,000 injured in the ongoing unrest in Kashmir since July 9, a day after the killing of top militant Burhan Wani in a clash with security forces.—IANS