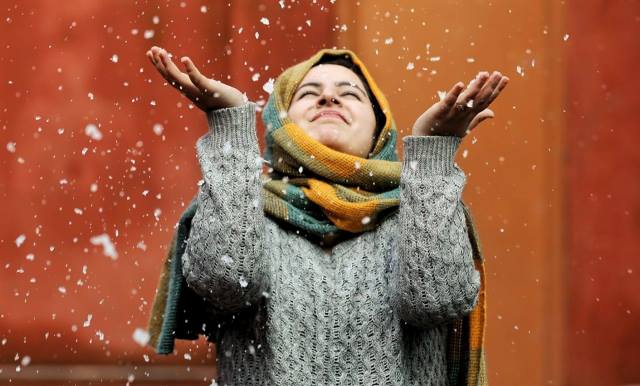 Kashmiri photojournalist Masrat Zahra has been selected by the International Women’s Media Foundation (IWMF) for the Anja Niedringhaus Courage in Photojournalism Award.

Zahra, who was booked by Indian Police in April this year, said, “I dedicate this award to the unshakable courage of my fellow journalists of Kashmir, especially women reporters and photographers.”

Sharing her thoughts on Facebook after her selection for the award, Zahra gave a special mention to the photojournalist, Showkat Nanda. She stated that Nanda has “truly revolutionized photojournalism education in Kashmir and inspired hundreds like me.”

The freelance photojournalist’s images depicting conflict in Kashmir and its toll on local communities were praised by the IWMF jury for their “humanity” and her particular focus on the stories of women.

IWMF Executive Director Elisa Lees Munoz said: “Countless communities around the world are facing enormous threat, harm and censorship due to governmental threats and the declining state of press freedom worldwide.” She added: “During these times, Anja’s legacy reminds us that it’s the communities beneath the headlines who are the true targets of civil and social brutality.”

The award is named after German photojournalist Anja Niedringhaus to honour her inspiring life. Anja which was killed in 2014 in Afghanistan. The $20,000 (€17,500) prize is awarded annually by the IWMF, which since 1990 has been fighting for press freedom and supporting courageous female journalists.