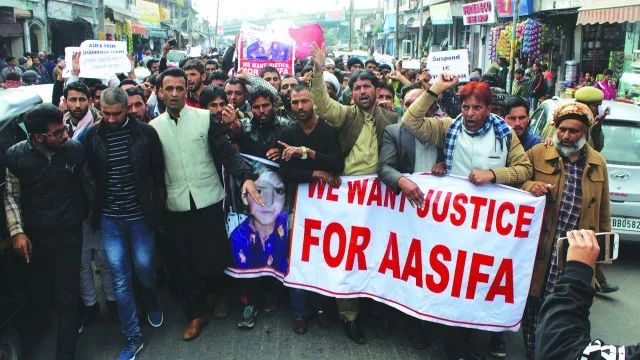 Jammu : Members of the Muslim community held peaceful protests here on Friday seeking punishment to those involved in the Kathua rape and murder in Jammu and Kashmir.

The protest was held under the banner of Shia-Sunni Muslim Itihaad. People from different localities of Jammu assembled at Talab Khatikha area after the Friday prayers.

The protesters raised slogans against Kathua and Jammu Bar Associations and demanded removal of Cabinet Ministers Choudhary Lal Singh and Chander Prakash Ganga for taking part in a show of force organised by those ranged against the rape victim.

The protesters said protection of the accused in the heinous crime was an outrage.