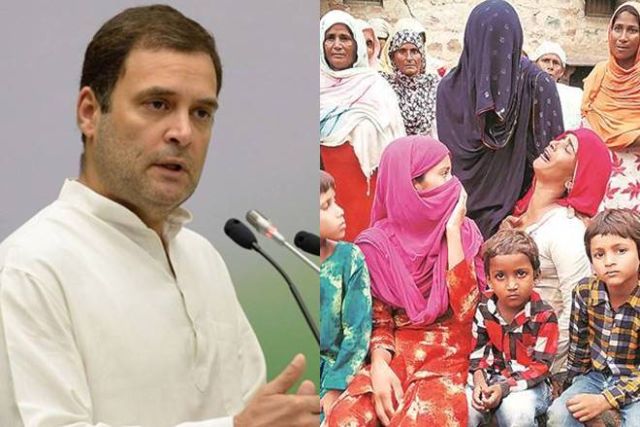 “Policemen in Alwar took three hours to get a dying Rakbar Khan, the victim of a lynch mob, to a hospital just six km away. Why? They took a tea-break en route. This is Modi’s brutal ‘New India,” Gandhi said in a tweet, attaching a news report.

The ‘New India,’ the Congress chief alleged, is where “humanity is replaced with hatred and people are crushed and left to die.”

Gandhi’s remarks came soon after a news report claimed that the policemen, before taking the lynch victim to the hospital, stopped to take some refreshment.