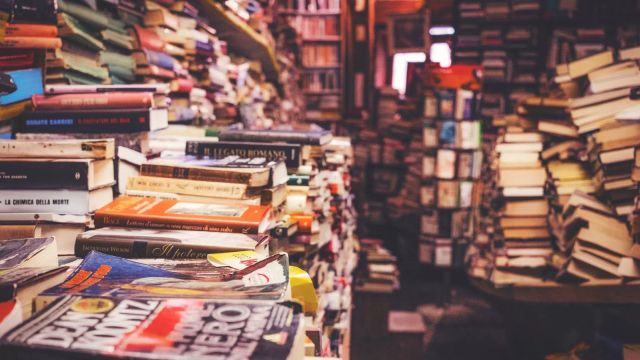 New Delhi : Millions of copies of “One Hundred Years of Solitude” by Gabriel García Márquez have been sold globally. Everybody saw Márquez’s name on the cover but little attention was paid to Gregory Rabassa, whose translation of the novel into English was declared superior to the Spanish original by Márquez himself. Translators are rarely given their due.

But things may be changing, as translators are making not only to the book covers but are also highly sought after by publishing houses here in India.

Translations of major literary works from various Indian languages into English have come to the fore in recent years with leading Indian and multinational publishing houses dedicating separate teams and resources to focus on the area. The warmth with which the readers have accepted translations has only propelled this push further as the focus on translations in 2018 seems to be at an all time high.

“Recent years have shown that the most dynamic storytelling voices today are those emerging out of vernacular literature, creating a bold, varied and exciting literary milieu — whether it’s K.R. Meera’s ‘Hangwoman’ or Perumal Murugan’s ‘One Part Woman’. These writers have not only created characters whose dilemmas resonate with our own — whether it’s a woman who refuses to be manipulated by the men around her, or a couple that is unable to have a child — but they have also enriched and illuminated our reading experience by offering new insights into the ways in which stories can be told,” Ambar Sahil Chatterjee, Commissioning Editor at Penguin Random House India, told IANS.

Chatterjee also said that there is a palpable thirst for stories from Indian languages and, as a publishing house, Penguin India has always recognised this.

“We champion translations because we have always believed that regional literature has yielded a vibrant and varied storytelling tradition, from canonical works that have built the edifice of our cultural heritage brick by brick to a range of compelling voices emerging out of the contemporary scenario and echoing contemporary concerns,” added.

And this is reflected in Pengin’s plans for 2018. Premchand’s ‘The Complete Short Stories’ is the highlight of its classics’ list — a monumental project involving 70 translators, which brings together every short story Premchand ever wrote in a box set. Contemporary translations include Taslima Nasrin’s politically charged memoir “Split”, K.R. Meera’s searing novel “The Unseeing Idol of Light” and Perumal Murugan’s inventive dual-sequel to “One Part Woman”.

The recently-concluded Jaipur Literature Festival too underlined the growing interest of readers in literary gems from Indian languages. With dozens of sessions focusing on what Namita Gokhale calls Bhasha, the upsurge in this space is clearly visible.

Incidentally, HarperCollins India has completed 10 years of Perennial, its translations imprint, in India. Its Literary Editor, Udayan Mitra, claimed that they are “the only major publisher in India to have a dedicated imprint for translations, and over the past decade we’ve published close to a hundred books in Perennial — books by the finest modern writers in the Indian languages, rendered accessible into English by some of the best translators in the country”.

Harper has just brought out special editions of 10 of its finest translated works. The covers of these books, Mitra informed, feature “the scripts the books were originally written in”, and embody the philosophy of their translations list — to make the best writing from the Indian languages available to a wide readership in India and around the world, in English translations that capture the essence and replicate the feel of the originals.

HarperCollins , he said, is dedicated to making the best of writing from and on India; the books in the Perennial imprint address that aim, and “we hope, that our forthcoming publications in Perennial, which we’re very excited about, will be interesting and engaging for all readers who enjoy quality literature”, he added.

However, almost every leading publisher that IANS spoke to said that there’s a vast ocean of stories in Indian languages that are yet to be translated into English and made available to a wider spectrum of readers, in India and abroad. They also confirmed that there has been a growing interest of readers in translated works and maintained that the translations space may see a substantial boom in the years to come.