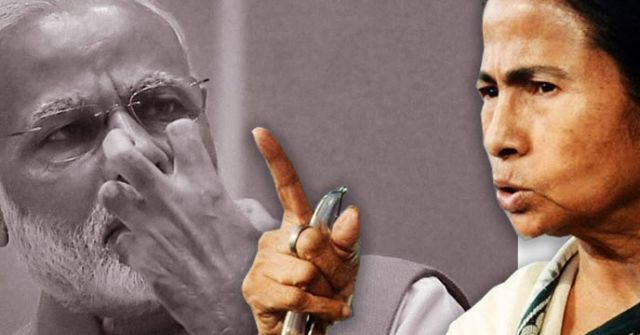 Accusing the Centre of a “step-motherly attitude” towards the state, Banerjee claimed that people of rural Bengal are not able to withdraw money under the scheme due to lack of bank branches in certain places.

“Some people did not get the money under the MNREGA scheme because the Centre has not provided the money. It is not their money, it is the money of the common people.

“Around 2,500 crore is due in the state under the MNREGA scheme. We have decided to provide the money from the state fund to save people from their agony,” Banerjee said at an event in South 24 Parganas district’s Sundarban area.

“There are many places in Bengal where people are not getting the money of MNREGA because there are no banks even today after so many years of independence,” she alleged.

Pointing out that both the state and Central governments are elected through a democratic process, the Trinamool Congress supremo said it is the duty of the Centre to help out the states, not to stop their funds or stoke unrest.

Referring to the Gangasagar Mela in West Bengal, a famous Hindu festival where thousands of devotees gather to take a holy dip in the confluence of the Ganges, the Chief Minister said the Centre neither provides any funds nor takes any initiative to improve the facilities there.

“The Centre provides huge funds to the Kumbh Mela but they do not care about the Gangasagar Mela. We do not need their money. Go and see the development done by the state government in that region. All the facilities are now available,” she claimed.

BJP will not return to power in 2024 LS polls: Mamata Banerjee