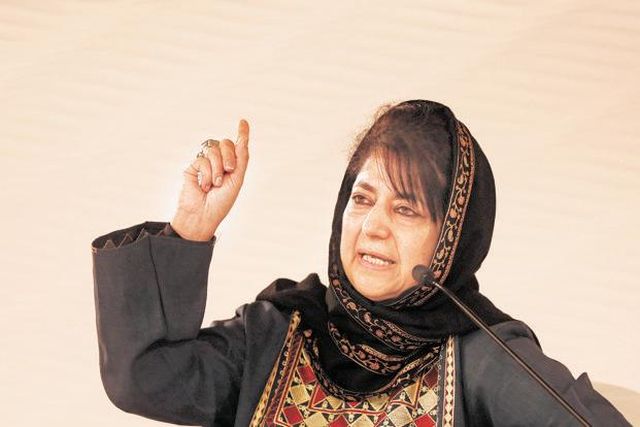 Jammu : Jammu and Kashmir Chief Minister Mehbooba Mufti on Saturday lauded the people of Jammu for standing up to their secular credentials and dismissing the divisive communal forces.

She said: “I commend the manner in which the people… were unwavering in their support for a little girl.

“It has strengthened my belief that Jammu serves as a model of inclusiveness and together the people of Jammu and Kashmir inspire secular unity and righteousness.”

Despite provocative statements by some sections of the society the vast majority of people in the Hindu-dominated Jammu region came out openly for justice for the eight-year-old Kathua rape and murder victim.

When appeals were made to observe a protest shutdown for transfer of the investigations in the case to the Central Bureau of Investigation, the powerful Jammu Chamber of Commerce and Industry along with the public transport operators stayed away from those protests.

Rakesh Gupta, president of the business chambers declined to support the protest shutdown saying that after the crime branch had filed the charge sheet in the court the matter had become sub judice leaving no scope for any protest or agitations.

He had also said that there was no reason to doubt the professional competence and integrity of the state police whose have been braving all odds for the safety and security of the people in the state.

The minor girl from the Bakerwal community was kidnapped on January 10; taken to a temple in Rasana village in Jammu and Kashmir’s Kathua district.

Her attackers, which included temple official and policemen, drugged and gang raped her over days before finally killing her and dumping her body in a forest nearby, seven days later.

The girl was attacked to scare away the nomadic Muslim community out of the village.