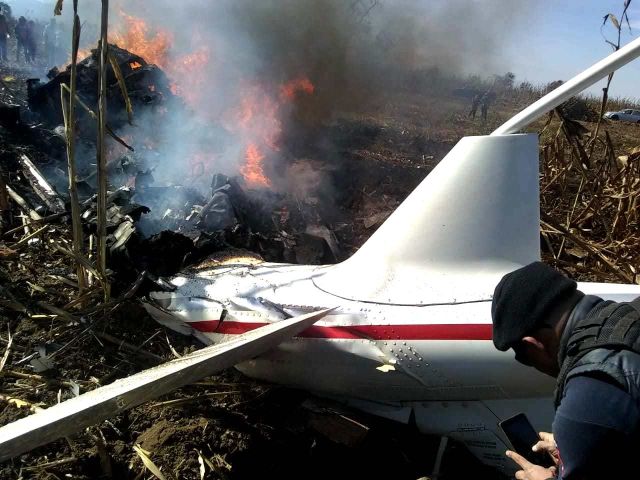 Mexico City : No traces of explosives were found in the wreckage of the helicopter that crashed on Monday, causing the death of Puebla Governor Martha Erika Alonso, her husband Senator Rafael Moreno Valle and three other people, official sources have said.

The Secretariat of the Mexican Navy has reported that the experts, after an analysis of the remains of the aircraft, found no explosives or foreign substances that could have caused the crash, Efe news quoted Alfonso Durazo, Public Security and Civil Protection Secretary as saying on Tuesday.

According to the early investigations, the helicopter crashed upside down, and a data recording device has been recovered, he added.

On Monday, Durazo said that “when the aircraft was in flight some three nautical miles from the Puebla airport, it suffered an apparent failure which hasn’t been determined yet”.

Earlier, the National Civil Aeronautics Directorate had established a team of investigators to probe the incident.

The team includes representatives of the Italian manufacturer of the AgustaWestland AW109 helicopter, the Canadian manufacturer of Pratt & Whitney engines, “as well as a group of verifying inspectors, and specialists in analysis”.