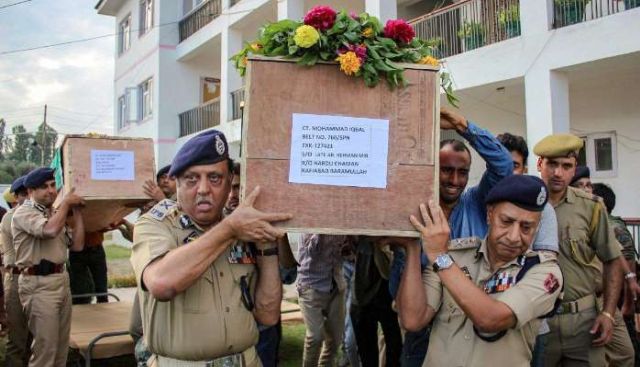 Even when the security forces were working their strategy to recover the hostages safely, a statement purportedly issued by Hizbul operational commander Riyaz Naikoo, on the social media said that henceforth the militants would follow “an eye for an eye policy”.

“Police has compelled us to follow the course of an eye for an eye and an ear for an ear.

“Policemen are advised in their own interest to give up their jobs or be prepared to face the worst,” Naikoo, whose father was arrested by police two days back, said.

The abducted relatives of policemen include two brothers of police officers and nine sons.

Reacting to the development, former state Chief Minister, Omar Abdullah tweeted: “11 abductions! This is a very worrying reflection of the situation in the valley.

“What’s worse is the selective outrage — people/leaders who are so vocal about alleged security force excesses are silent about these abductions.”