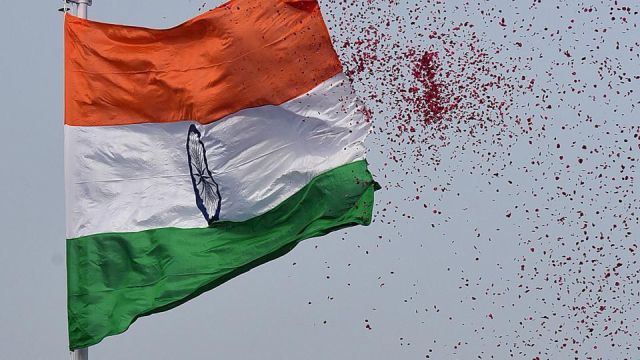 Independent India and I are both septuagenarians, but since I am a trifle older, I take the liberty of indulging in some reminiscences on the nation’s 71st birthday. My recollections are focused on Kashmir where I was born, in a town called Anantnag.

I particularly remember the traumatic night of October 30, 1947 when India was 10 weeks old and I had just turned three. In my mother’s arms I, with two elder siblings, hid under bushes in our garden as bullets ricocheted off our cottage roof. We lived in Badgam village, 30 km from Srinagar airport. The fusillade was coming from surrounding hills, occupied by Pakistani kabailis (tribals), en route from Uri and Baramulla, hoping to capture Srinagar airport.

At dawn, we piled into the family horse-drawn tonga, with just the clothes on our back and fled to the airport, where RIAF DC-3 Dakotas were disembarking Indian troops. We clambered into a departing aircraft, which flew us to Delhi, and refuge, with relatives.

Growing up in lovely little towns of the Valley in post-independence decades was idyllic and I reluctantly parted from my parents in Leh in 1959, to join college and the Indian Navy. In Jammu and Kashmir, my playmates were all Kashmiris — of Muslim, Hindu and Sikh faith. Our parents were friends; we ate in each others’ homes and celebrated festivals together. But even as children, we understood that Kashmir was not (yet) India, and that the average Kashmiri’s attitude towards India was ambivalent.

India provided huge financial assistance to Jammu and Kashmir: Food, education, clothing and medicine were either free or heavily subsidised. Kashmiris would accept the largesse, but tune in every evening to Radio Pakistan which invariably played on their religious heart-strings, spouting propaganda about “occupation” of Kashmir and “atrocities” by the Bharatiya fauj (Indian Army).

Kashmir’s first ‘Prime Minister’ (he was called Wazir-e-Azam) Sheikh Abdullah was the state’s tallest figure then; a friend of Nehru’s and a staunch secularist, he was the self-styled Sher-e-Kashmir (Lion of Kashmir). In 1953 we were startled to hear that he had allegedly conspired with the Americans to become “King Abdullah” of an independent Kashmir. He was arrested and the Valley burst into flames.

I recall seeing my father, then Magistrate of Baramulla, coming home, bleeding from the head; there had been stone-pelting in the old town, as agitators waved Pakistani flags and shouted pro-Pakistan slogans.

While the 1950s and 60s may not have witnessed wild enthusiasm for India, there was neither hostility nor bitterness amongst Kashmiris.

However, an utterly unimaginative New Delhi had little to offer them, apart from money. As much as 95 per cent of the millions that India poured into Jammu and Kashmir never reached the impoverished Kashmiri. In the absence of a politico-economic strategy for creating jobs, industry or infrastructure, Indian money merely enriched Kashmiri politicians and aggravated popular resentment and alienation, which Pakistan exploited.

India’s maladroitness did not end here. A succession of Pakistani-orchestrated incidents, between 1963 and 1999, demonstrated the ineptness of our intelligence agencies, lack of civil-military coordination and the complete strategic bankruptcy of New Delhi. This depressing sequence included the theft of Prophet Mohammad’s sacred relic, seizure of Hazaratbal shrine, capture and burning of the Charar-e-Sharif shrine, expulsion of Kashmiri Pandits from the Valley, the Kargil War and hijacking of IC-814.

This reminiscence is not a history of Kashmir’s travails, but merely a reminder to those who profess shock at recent developments in the Valley that the Indian state has, since 1947, learnt nothing from history, repeated its mistakes and failed to convince Kashmiris that they are Indian.

The French have a cynical aphorism: “the more things change, the more they remain the same”. This Independence Day, let us introspect if this is true of India’s management of Kashmir.

(The author is a former chief of the Indian Navy and Chairman, Joint Chiefs of Staff. The article is in special arrangement with South Asia Monitor.)