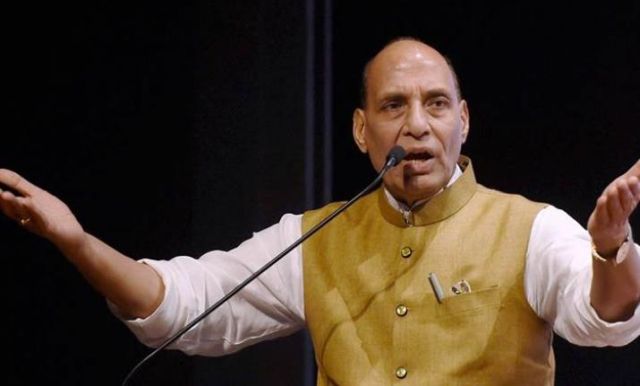 New Delhi : Union Home Minister Rajnath Singh for the first time admitted in the Lok Sabha on Thursday that fake news on social media has resulted in many mob lynching incidents in the country, saying the government has asked service providers to put a check on rumour mongering on social media. Not satisfied with his response, the opposition walked out.

Earlier, the Minister termed these incidents ‘unfortunate’ and asked the state governments to take “appropriate action”. He was replying to a question raised by K.C. Venugopal of the Congress during Zero Hour.

The Congress MP said incidents of mob lynching and vigilantism have increased across the country and political opponents were also being targeted by vigilante groups.

He alleged that investigative agencies were being misused even as he hit out at BJP MP Jayant Sinha for garlanding eight people who were convicted in a mob lynching case.

“Mother Teresa’s Missionaries of Charity as well as Swami Agnivesh have been attacked by ruling party members,” said Venugopal. He also urged the government to bring a law to check such crimes.

Condemning these incidents, he said it was the responsibility of the states to take appropriate action.

“Since law and order is a state subject, the state governments should take action. I have personally spoken to the Chief Ministers about these incidents,” said Singh.

“The spread of fake news on social media by unverified accounts is also responsible for these incidents. We have asked the social media service providers to devise a system to prevent fake news,” he added.

He also said that the Home Ministry had issued two advisories to the state governments, one in 2016 and the other a few days back, urging them to take action in such incidents.

Not happy with the Minister’s reply, Congress, RJD and CPI-M members staged a walkout.

According to media reports, 20 people have died in lynching cases across the country this year.