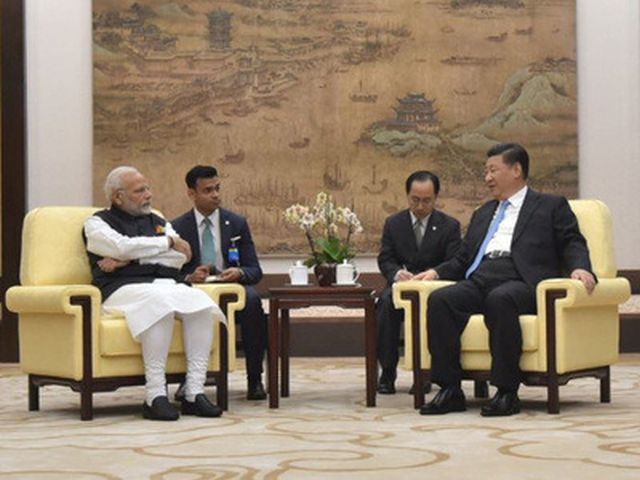 Wuhan (China) : Prime Minister Narendra Modi and President Xi Jinping agreed that healthy bilateral ties were important for a better world as the two met in the Chinese city Wuhan to re-set the ties between India and China hit by last year’s military face-off.

On the opening day of the two-day summit, when the Chinese rolled out the red carpet for Modi, both the leaders said they would want more such informal meetings. Modi invited Xi to India in 2019.

Modi and Xi, who will have more substantive talks on Saturday, said healthy Sino-Indian ties were imperative to maintain peace and stability in the world.

India and China share a tense relationship owing to their 1962 war. Their ties touched a new low last year when their militaries were locked in a face-off near their disputed boundary.

While they had a half hour one-on-one meet at the Hubei Provincial Museum, the planned 30-minute delegation level meeting stretched to two hours.

“Our two countries have established a closed partnership. Our exchanges and cooperation have made positive progress. China and India have a combined population of 2.6 billion which has an enormous potential,” Xi said.

“As we meet, international security is at a crucial period of adjustment. China and India are both important engines for global growth and we are central pillars for promoting a multi-polar and globalised world.

“A good China-India relation is an important and positive factor for peace and stability in the world.

“I believe in the future, we will meet in a format like this from time to time. I look forward to in-depth communication with your Excellency,” Xi added.

“During the five-yearly Congress last year, you talked about the new era (of China). In India, I am talking about new India. This reflects our similar mindset. Your dream of China’s new era and our attempt for a new India will benefit the world.

“I think the closeness and mutual trust we have established will gradually give way for people-to-people contact and will be good for the bright future.

“I am grateful for your invite and the welcome extended by you. This is perhaps the first time you have received an Indian Prime Minister twice away from Beijing,” Modi said. “This is a matter of pride for India as you yourself came to Wuhan to welcome me.

“This is just not an informal summit of two leaders but it has a historical context too.”

Modi was earlier welcomed at the Hubei Provincial Museum with an impressive cultural performance. Xi and Modi shook hands for 30 seconds. Both leaders then took a tour of the site for around an hour.

“India and China cultural connect goes back many centuries and is reflected in present times through the popularity of Bollywood, yoga and other aspects of Indian culture,” Indian External Affairs Ministry spokesperson Raveesh Kumar quoted Modi as saying.

“In the history of 2,000 years, the economies of India and China were the anchors of the world economy for 1,600 years. In these 1,600 years, Indian and Chinese economies together accounted for 50 percent of the world’s economy.”

Xi took Modi on a tour of the exhibition of Marquis Yi of Zeng Cultural Relics and Treasure at the museum.

Modi presented Xi reprints of two paintings done by the celebrated Chinese painter Xu Beihong (1895-1953) during his stay in Shanti Niketan in 1939-40. Xu came to Shanti Niketan as the first visiting professor from China.

Modi and Xi saw an exhibition of fine relics from the Chinese civilization.

They also exchanged views on the relationship and communications between the ancient civilizations of China and India.

On Saturday, Modi and Xi will walk by the East Lake, have a boat ride and hold discussions at the East Lake guesthouse.

(Gaurav Sharma can be contacted at sharmagaurav71@gmail.com)

Has a military coup happened in China?