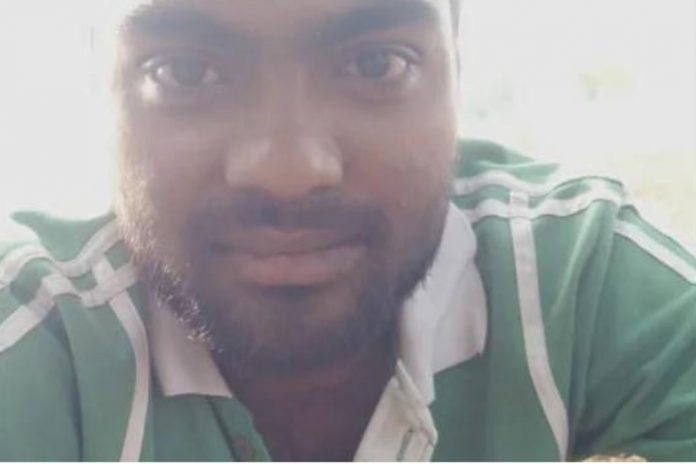 Body of 28 year-old Ibraish Khan who had gone missing during communal clashes in Madhya Pradesh’s Khargone city was found after eight days on Monday.

Ibraish’s death has raised allegations of cover-up, with the kin of the deceased accusing the police of keeping his death under wraps for eight days.

Police said on Monday, Ibraish Khan’s body was kept at a government hospital in Indore for eight days after it was found in Khargone’s Anand Nagar area as there was no freezer facility available in Khargone.

As per Police, Ibresh Khan died due to serious injuries to his head caused by stones.

However, Ibresh Khan’s brother, Ikhlaq Khan alleged a cover-up by the police.

Ikhlaq Khan claimed that the deceased was seen in the custody of the police by some people on April 12.

According to Ikhlaq, he was informed about the ibraish’s death and whereabouts of his body by the police only after he threatened them to go to the media.

“A policeman came to me on Sunday night and told me that Ibraish’s body is kept in Indore,” Ikhlaq said.

Ikhlaq said that Ibraish had gone to provide food for ‘Iftar’  in the Anand Nagar area when he was allegedly attacked and hit by a stone.

“The people in Anand Nagar attacked my brother with weapons and crushed his head with a stone,” Ikhlaq said to the reporters.

Ibraish’s kin claimed that the condition of Ibraish’s body indicated that he was brutally attacked.

“While his one eye was damaged there were cuts on his face and legs too,” he said.

Communal clashes had broken out in Khargone city on April 10 during a Ram Navami procession, leading to arson, and stone-pelting and demolition of properties of Muslims including homes and religious shrines.

On the same day Ibraish left home in Islampura area at 7.30 pm to offer evening prayers. Since then he hadn’t returned.