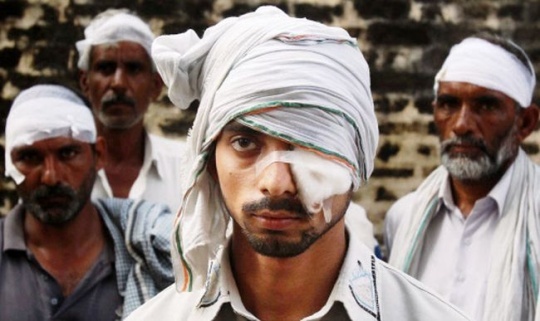 New Delhi / Muzaffarnagar :  Allahabad High Court has ordered the Senior Superintendent of Police (SSP), Muzaffarnagar to conduct fair investigation in four cases in which 13 Muslims were killed during the Muzaffarnagar riots, 2013.

The High Court order came in response to the writ petitions filed by Popular Front of India through the relatives of the deceased persons before Allahabad High Court. When the writ petitions came up for hearing, the court ordered, “Considering the facts and circumstances of the case, these petitions are disposed of with a direction to the SSP, Muzaffarnagar to ensure that fair investigation is conducted and concluded in the offences, referred in the FIRs, in accordance to law within a period of two months from the date of production of certified copy of this order”.

Popular Front set up a Legal Aid Office at Muzaffarnagar for the riot victims in November 2013 immediately after the riots.  Adv. K.P. Mohamed Sheriff, Adv. A. Mohamed and Adv. Saipan convened a meeting of lawyers at Muzaffarnagar to fight for the riot victims and panel of advocates are at work since then.  So far, 85 aggrieved families received compensation of five  lakhs each from the state government through the Legal Aid Office of Popular Front. The  organisation   has been following around fifty cases at this Legal Aid Office.

As per the affidavit filed by the state govt before the Supreme Court last year in a PIL, the court noted that 566 cases registered during the communal violence in Muzaffarnargar and adjoining districts of Shamli, Baghpat, Saharanpur and Meerut. Out of 566 cases, 533 cases are of Muzaffarnagar, 27 of Shamli and 2 each of Baghpat, Saharanpur and Meerut. Of these 566 cases, 59 cases are of murder and rest are of arson, dacoit, and grievous injury and of miscellaneous type.  Six cases of rape have also been registered.