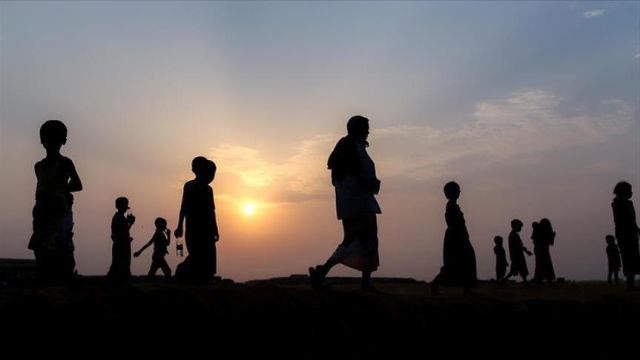 Ankara: Myanmar has disregarded the Netherlands-based International Criminal Court’s (ICC) ruling that the court has jurisdiction to investigate the crimes against Rohingya Muslims in the country’s northwestern Rakhine state.

“The Court has jurisdiction over the crime against humanity of deportation allegedly committed against members of the Rohingya people,” the Hague-based court said in a statement on Thursday.

“The reason is that an element of this crime — the crossing of a border — took place on the territory of a State party [Bangladesh],” it added.

This statement said it “may also exercise its jurisdiction with regard to any other crime set out in article 5 of the [ICC Rome] Statute, such as the crimes against humanity of persecution and/or other inhumane acts.”

However, Myanmar government expressed disregard for the ICC’s decision.

“Myanmar reiterates its position, that not being a party to the Rome Statute, it is under no obligation to respect the ruling of the court,” Myanmar’s Office of the President said in a press release on Friday.

“Myanmar reiterates that it has not deported any individuals in the areas of concern and in fact has worked hard in collaboration with Bangladesh to repatriate those displaced from their homes,” the press release claimed.

The decision by the ICC came a week after the UN released a report documenting mass gang rapes, killings — including of infants and young children — brutal beatings and disappearances committed by Myanmar state forces. In its report, UN investigators said such violations may have constituted crimes against humanity.

Since Aug. 25, 2017, nearly 24,000 Rohingya Muslims have been killed by Myanmar’s state forces, according to the Ontario International Development Agency (OIDA).

In a recent report, Forced Migration of Rohingya: The Untold Experience, the OIDA raised the estimated number of murdered Rohingya to 23,962 (± 881) from a Doctors Without Borders figure of 9,400.