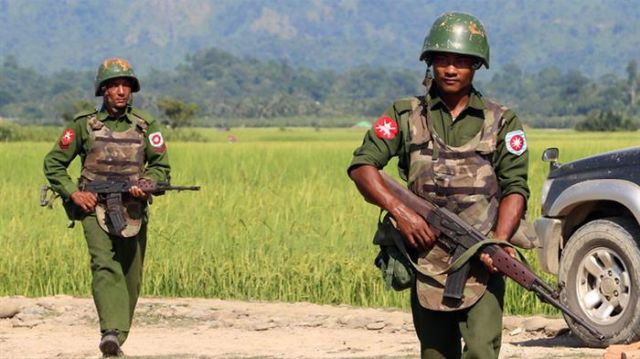 London : A human rights body on Wednesday called for Myanmar military and security forces officials to face justice for their alleged crimes against humanity and ethnic cleansing of the Rohingya population.

The Amnesty International said there is “a mountain of evidence” demonstrating that the campaign was “orchestrated” by the military against the Rohingya population, Efe news reported.

“Those with blood on their hands — right up the chain of command to Senior General Min Aung Hlaing — must be held to account for their role,” Amnesty’s Senior Crisis Advisor Matthew Wells said in a statement.

The military operations, supported by the Border Guard Police, began at the end of August 2017 after a group of Rohingya insurgents launched an attack on about 30 security posts.

The crackdown forced more than 700,000 people of the Muslim-majority ethnic group that had resided in western Myanmar for centuries to flee to Bangladesh.

In the report “Myanmar:’We Will Destroy Everything’: Military Responsibility for Crimes Against Humanity in Rakhine State” published on Wednesday, Amnesty provided new details arrests, enforced disappearances, torture and “systematic attack” on the Rohingya population.

It named individuals for their roles in the “ethnic cleansing campaign”.

International organisations and the UN have also denounced other crimes committed by the Myanmar armed forces, such as murder, rape, targeted large-scale burning of villages, among others.

Amnesty urged the international community to “finally put an end to the years of impunity” for the Myanmar military and called on the UN to “impose a comprehensive arms embargo”.

Earlier this week the European Union imposed a series of sanctions — asset freezes and travel bans — against seven Myanmar security officials.
However, the head of the Myanmar Armed Forces was not on the list.

Considering the Rohingya illegal immigrants from Bangladesh, Myanmar does not recognise their citizenship and subjects them to discrimination, including restrictions on freedom of movement.