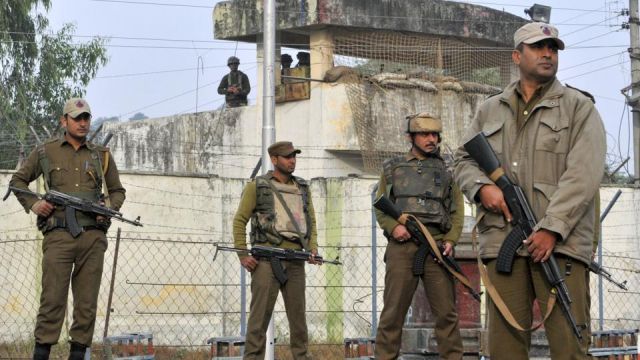 New Delhi/Srinagar : The three men arrested for the November 2016 attack on the Nagrota Army camp in Jammu and Kashmir were in regular touch with Jaish-e-Mohammad (JeM) commanders based in Pakistan, NIA officials said on Thursday.

The official said that they were in contact through Whatsapp voice and text messages with Maulana Mufti Ashghar based in Muzaffarabad, whose nephew Waqas, a JeM commander in south Kashmir, died in a shootout with security forces near Pulwama.

“They were also in touch with Qari Zarar, another JeM commander in charge of launching terrorists into Jammu region, based out of Rawalpindi and Waseem and Abu Talha,” he added.

In furtherance of the conspiracy to organise attacks on security forces in the Valley, Baba visited Pakistan four times by “legally” crossing through the Wagah border between 2015 and 2017.

The officer said: “Baba met JeM commanders and took directions from them after getting clearance from local ISI (Inter-Services Intelligence) agent. Baba thereafter, on return, received instructions on how and when to receive the group of terrorists.”

The official said that nearly a week prior to the attack, the three arrested accused were given GPS coordinates along the Samba Sector and possible targets along the Nagrota Army camp through Whatsapp from Pakistani handlers. They were also asked to conduct reconnaisance of these targets, which they did.

The NIA claimed that the three accused received a group of three attackers on November 28, 2016, a day before the attack and travelled in two vehicles to Jammu after keeping their weapons concealed in one of the two cars owned by Dar and Baba.

“They parked the car with weapons at a paid parking slot and then stayed at a hotel in Jammu. The same day, Baba took one of the attackers, Abu Hisham, to Nagrota to show him the spot to be attacked and returned to the hotel,” the official said.

The official said that later in the night, the three Indian terrorists left for the attack site along with the Pakistani attackers and were dropped near the Army camp.

He said that Baba and Qadri received another group of three terrorists in March 2017 from the Samba Sector and dropped them at Khrew near Pampore.

“Baba later went to Pakistan in April/May 2017, and met Waseem, Abu Talha and Mufti Ashghar. He also met Maulana Rauf, brother of Maulana Masood Azhar, and an accused in the Pathankot attack case at their headquarters at Bahawalpur.”

The NIA official said that a hefty amount of money originating from the Gulf countries was transferred into Baba’s HDFC Bank account.