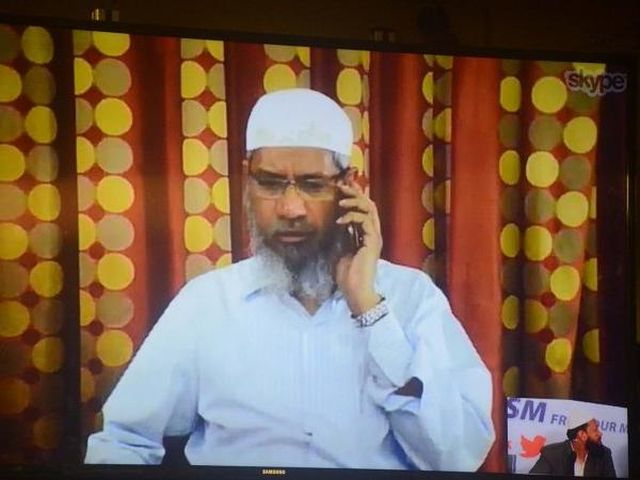 New Delhi : Controversial Islamic preacher Zakir Naik, wanted by Indian agencies on charges of inciting youths to take up terror activities, on Wednesday said he will not return to India unless he was assured fair prosecution.

“The news of my coming to India is totally baseless and false. I have no plans to come to India till I don’t feel safe from unfair prosecution. When I feel that the government will be just and fair, I will surely return to my homeland,” the founder of NGO Islamic Research Foundation said in a statement.

The National Investigation Agency (NIA) said it had no information about the return of the televangelist to India.

Naik is accused of spreading hatred by his provocative speeches, promoting enmity between communities and funding terrorists.

Rumour about Naik’s return to India spread after a section of Indian news channels, quoting sources in the Malaysian government, reported that the 51-year-old could be deported on Wednesday night.

Naik, who fled India on July 1, 2016 after terrorists in Bangladesh said they were inspired by his speeches, is currently living in Malaysia.

In November 2016, the NIA registered a case against the televangelist under the Indian Penal Code and Unlawful Activities (Prevention) Act. His Mumbai-based NGO Islamic Research Foundation has been declared an unlawful association.

The preacher came under the lens of security agencies after some terrorists, allegedly involved in the attack on a cafe in Dhaka in July 2016, reportedly claimed they were inspired by his speeches.