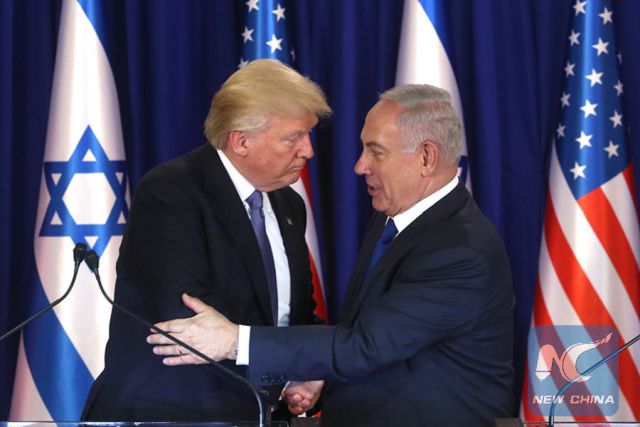 Jerusalem : Israeli Prime Minister Benjamin Netanyahu has thanked US President Donald Trump for deciding to move the US embassy to Jerusalem on May 14, Israel’s Independence Day.

“On behalf of the entire government and people, I would like to thank President Trump for both his leadership and his friendship,” he said.

The US announcement on Friday (February 23) followed Trump’s declaration on December 6, 2017, to recognise Jerusalem as the capital of Israel and order to move the US embassy from Tel Aviv to Jerusalem, breaking away from a long-held US policy that considered the Israeli-annexed East Jerusalem an occupied territory.

“This will have significant and historic long-range implications,” Netanyahu said. “We will celebrate it together, all citizens of Israel.”

Israel annexed East Jerusalem along with the rest of the West Bank and Gaza Strip in the 1967 Middle East war.

Israel has claimed East Jerusalem, which the Palestinians regard as the capital of its future independent state, as part of its “indivisible capital,” in a move never recognized internationally.