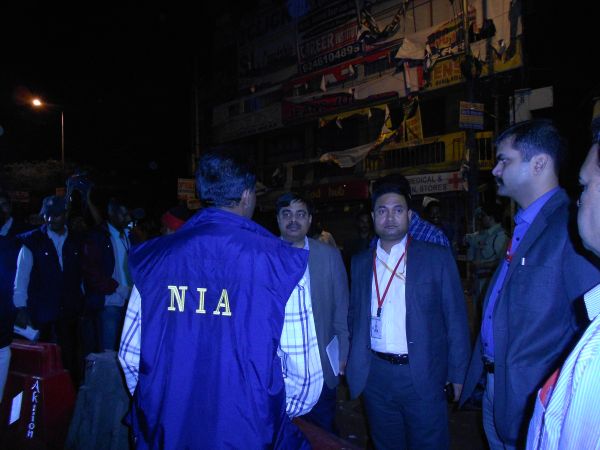 The charge sheet was filed in a Patiala House court here under the Unlawful Activities (Prevention) Act, Explosives Act, Arms Act and Foreigners Act, among others.

Ali — currently in judicial custody — was arrested on July 25, 2016, from a hideout in Yaham village in Kupwara district of Jammu and Kashmir.

After his arrest, he led the police to a cache of arms and ammunitions buried in a nearby forest, the NIA said.

The agency charge sheet claimed that “Ali is a trained terrorist, practiced in the craft of reading maps using grid references and deft in communicating through wireless set by pairing mobile phone with it to avoid interception”.

Ali along with Abu Saad and Abu Darda infiltrated into the Indian territory from across the Line of Control but subsequently lost contact with the duo, who was never caught, on June 20 when they went out in search of food.

“While crossing into India on the intervening night of June 12 and 13 last year, these terrorists were equipped with arms and ammunition, navigation equipment, combat material and other articles,” the NIA said in its charge sheet.

“These terrorists entered into Indian territory to carry out terrorist attacks in Jammu and Kashmir and at different places in the country, including Delhi, as per the instructions given to them by their LeT handlers based in Pakistan or Pakistan-occupied Kashmir (PoK),” it said.

At the time of his arrest, Ali was carrying “one compass, one ICOM wireless set, one matrix sheet bearing codes, two unicode sheets (handwritten pocket diary pages), bearing text written in coded form, Indian currency of Rs 23,000 (of which three notes were found to be fake), one GPS set and one map sheet”.

Ali’s instructors, meanwhile, informed him that the LeT cadres had been successful in fuelling large-scale agitation in Kashmir after Eid subsequent to the death of militant Burhan Wani on July 8, 2016.

Kashmir plunged into disorder as hundreds of young men protested by hurling stones at police and army, the charge sheet said.

Ali was later instructed by the LeT to mix with the stone-pelting agitators and throw grenades at the Indian forces.

After his arrest, Ali allegedly revealed the location of another group of freshly infiltrated terrorists whom he was to receive.

“The information led to a search operation in Bandi Monabal area (Kashmir) by state police and the Army. Four unidentified terrorists were killed in retaliatory firing when they attacked a search team.”

It said Ali was constantly in touch with Alfa-3 — the LeT control station based in PoK.

A pocket diary allegedly seized from Ali revealed the names of places where he was instructed to carry out terror attacks — Delhi, Rafiabad, Kunzar, Tangmarg, Budgam, Poonch, Jammu and Udhampur. —IANS