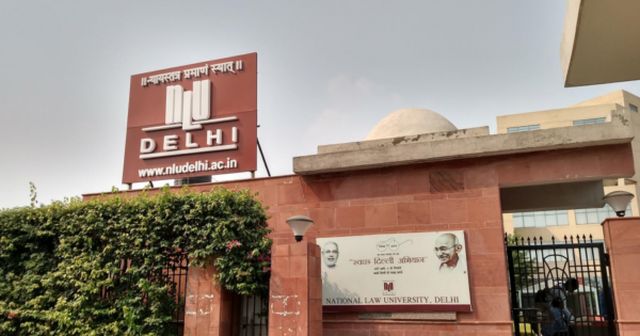 New Delhi : The National Law University-Delhi (NLU-D) has drawn ire by its decision to double the seats for its Master of Laws (LL.M.) course, after the entrance exam was conducted and results were only days away from being announced, raising suspicions of an attempt to bring in students by the back door.

Lawyer Mohit Gupta, who has filed an RTI querry asking for the minutes of the meetings that led to the decision to hike the number of seats, felt this may have been done to benefit only a few students.

“What will be its (university’s) course of action if it is approached by a large number of students in the next academic year demanding an increase,” he asked.

The NLU-D had originally announced 40 seats (including five for foreign students) for the 2018 course, but after more than a month of the entrance exam, notified that the number of seats had been raised to 80.

The entrance exam was held on May 6 while the notification announcing the increase in seats was issued on June 27 — six days before the declaration of results on July 2.

“It is notified that the University has decided to increase the number of seats for admission to LL.M. programme for the academic session 2018-19… The seats will be filled strictly on the merit of AILET-2018 in the sport counselling scheduled to be held on July 13, 2018. The seats under Foreign National category will be filled up on the academic merit of qualifying examination,” the notification issued by the University read.

This seemingly benign move, however, has drawn the ire and suspicion of a section of students which sees this after-the-fact decision as detrimental to many potential applicants who could have gone for entrance exam but were deterred by the high entrance fees and the narrow chance of making it to the top 40.

“I didn’t apply for the entrance exam thinking it would be tough to crack into the top 40. Had they announced the increase in seats, I would have applied, since NLU was anyway my first choice. The other two contenders — IP University and Jindal School of Law — are very expensive,” a student, who graduated from Delhi University’s Faculty of Law told IANS on condition of anonymity.

Another law graduate echoed this, saying if the NLU doesn’t go back to original number of seats next year, he will consider applying there for his masters and that it was unfair of the university to increase the seats after the entrance exam.

The students’ contention of getting deterred by low number of seats advertised does not seem frivolous when one considers the fact that one has to shell out Rs 3,050 to qualify to sit for the entrance exam.

When IANS contacted the University to discern the reason behind the late move, the answer was this was done to give a “wider reach of legal education to society” and that the decision was in “conformity with the Admission Announcement” where it was said that the “number of seats may vary”.

“It may be noted that the increase in seats is not at all unfair on the part of the University. Rather it is a step to encourage the study of law so that more teachers and researchers are available in this field.

“Moreover, the action taken by the University to increase the number of seats was also approved by the Academic Council and Executive Council,” NLU-D Registrar G.S. Bajpai said.

However, he failed to provide any answer to the question as to why the NLU-D had admitted a lesser number of students than seats available in the last two years, as was revealed in reply to an RTI querry.

(Vishal Narayan can be contacted at vishal.n@ians.in)