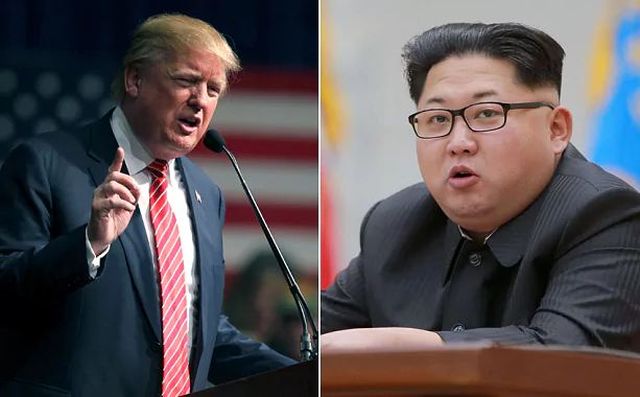 Washington : The White House has denied any direct talks yet between US President Donald Trump and North Korean leader Kim Jong-un, though Washington has spoken to Pyongyang “at the highest levels”.

The White House statement on Tuesday came minutes after Trump seemingly hinted that he has already spoken with Kim, Xinhua news agency reported.

When asked by reporters if he had spoken directly with Kim, Trump had said “yes”.

In the statement, issued after the confusing incident, the White House said, “In regards to talks with leader Kim Jong-un, the President said the administration has had talks at the highest levels” and added that they were not with him directly.

On Tuesday afternoon, Trump himself also said that Washington and Pyongyang have already started direct talks at “very high levels,” without specifying how “high” the level was.

“We have had direct talks at very high levels, extremely high levels with North Korea,” Trump said. He might have hinted at CIA Director Mike Pompeo’s reportedly top-secret visit to North Korea over Easter weekend as his envoy.

The trip made by Pompeo was an effort to lay the groundwork for direct talks between the leaders of the two countries. No official confirmation of Pompeo’s visit has come yet.

Trump was expected to meet Kim in May or early June. The venue of the meeting was still to be decided. Trump said that five sites were being weighed and none of them were located in the US.

Tension on the Korean Peninsula has thawed over the last few months. The South and North have agreed to hold an inter-Korean summit on April 27, the first meeting between the leaders of the two sides in 11 years.

“They do have my blessing to discuss the end of the war,” said Trump on Tuesday, referring to the summit.

The 1950-1953 Korean war ended in an armistice. The Korean Peninsula remains technically in a state of war.